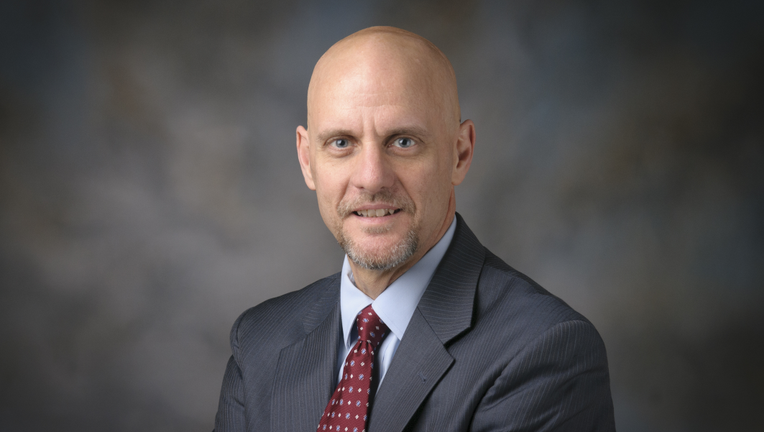 WASHINGTON - President Donald Trump on Friday picked a cancer specialist and hospital executive to lead the Food and Drug Administration.

If confirmed, Dr. Stephen Hahn of the MD Anderson Cancer Center in Houston would inherit a raft of high-profile public health issues, including leading the agency’s response to the problem of underage vaping and the prescription opioid epidemic.

The White House announced the nomination in a statement, citing Hahn’s role as the cancer center’s top medical executive. The Senate will vote on whether to confirm the 59-year-old to the post.

Ned Sharpless, who previously led the National Cancer Institute, has been serving as acting commissioner since April, when Trump’s first FDA chief, Scott Gottlieb, stepped down after less than two years on the job. The administration said Sharpless would return to the cancer institute, and Brett Giroir, assistant secretary for the Department of Health and Human Services, would temporarily lead the agency pending Hahn’s confirmation.

Headquartered in the Maryland suburbs outside Washington, the FDA regulates a variety of consumer goods, including prescription drugs, medical devices, tobacco, and vaping products, cosmetics and most food.

As head of the FDA, Hahn would be expected to take up the long list of projects kicked off by Gottlieb. Those plans include an effort to make cigarettes less addictive by cutting their nicotine levels and reevaluating the risks and benefits of opioid painkillers. The agency is also grappling with a series of safety recalls involving tainted pharmaceuticals manufactured overseas.

Hahn “will face challenging issues as commissioner — including vaping, opioids and drug importations — but his record of leadership at MD Anderson indicates he will be up to the challenge,” said Wayne Pines, a former FDA official who now consults for FDA-regulated companies.

Hahn is certain to face intense questioning in the Senate on his approach to regulating electronic cigarettes as the federal government attempts to reverse what health officials call an epidemic of underage vaping among teenagers.

In September, President Trump announced a proposal to sweep most flavored e-cigarettes off the market. But anti-vaping advocates are furious that a concrete plan has yet to appear. Meanwhile, vaping companies and retailers argue that the prohibition on fruit, candy, menthol and other flavors could wipe out their industry.

The FDA is also working to find the source of a mysterious outbreak of sometimes-fatal lung injuries tied to vaping.

Unlike many past FDA nominees, Hahn has not worked in Washington or served as a public health official.

“If you don’t know how the game is played — it doesn’t matter how talented you are — you’re at a disadvantage,” said Peter Pitts, a former FDA official who now runs the Center for Medicine in the Public Interest, a nonprofit that receives funding from drugmakers.

But Hahn’s professional colleagues say the internal politics of a large medical center provide ample preparation for the FDA role.

“I think he’s got that awareness of how to work with various difficult stakeholders and people with different policy agendas,” said Karen Bird of the Alliance of Dedicated Cancer Centers, who has worked with Hahn in his role at MD Anderson.

Bird and others credit Hahn with restructuring the cancer center’s operations to avert hundreds of millions in financial losses after he was promoted to chief operating officer in 2017. That plan ultimately led to hundreds of layoffs at MD Anderson, a leading research center affiliated with the University of Texas. Hahn was again promoted last year to the role of the chief medical executive, overseeing the center’s 1,100 physicians and other medical staff.

In June, MD Anderson was cited by federal regulators for several safety issues related to the quality of patient care, nursing and laboratory services. The government probe followed the death of a leukemia patient who received a contaminated blood transfusion in late 2018. MD Anderson, led by Hahn, has been working to resolve the issues.

Hahn received an annual salary of over $933,000 from MD Anderson, according to state records filed earlier this year. The FDA commissioner earns roughly $160,000 annually.

Still, some of his longtime friends said they were unaware of his political affiliation until recently.

“I kind of think of him as a middle-of-the-road guy who just does his job,” said Dr. Otis Brawley of Johns Hopkins University, who trained with Hahn at the National Cancer Institute in the late 1980s.