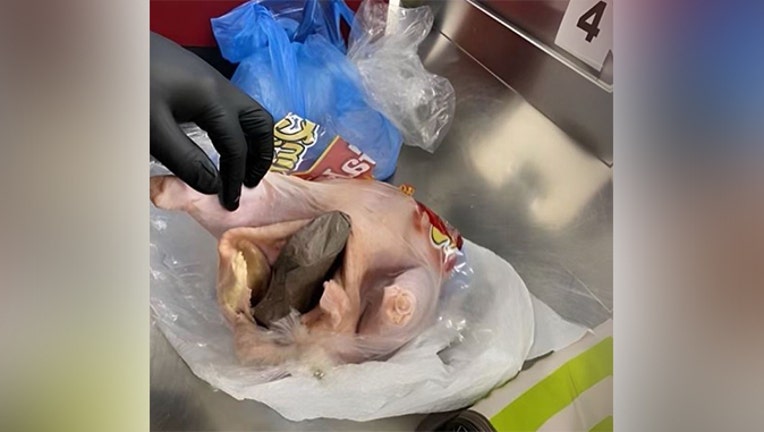 FORT LAUDERDALE, Fla. - A person going through a airport checkpoint got caught trying to smuggle a gun inside a raw chicken and was called out by the Transportation Security Administration on social media.

Photos shared on the agency’s Twitter page shows agents removing a gun wrapped in a bag inside the chicken. "There’s a personal fowl here. Our officers at Fort Lauderdale-Hollywood International Airport (FLL) @FLLFlyer made this very raw find. We hate to break it to you but stuffing a firearm in your holiday bird for travel is just a baste of time," the TSA captioned.

Air travelers bringing guns into Florida airports is becoming an alarming trend. So far this year, the TSA reported that passengers have brought 700 guns to checkpoints, including 120 seized at Fort Lauderdale-Hollywood International Airport. The agency noted in these incidents that most of the guns confiscated by agents were loaded and had ammunition in the chamber.

The TSA shared on its website that unloaded guns can be carried in a locked hard-sided container as checked baggage only. Guns and ammunition also have to be declared at the ticket counter. 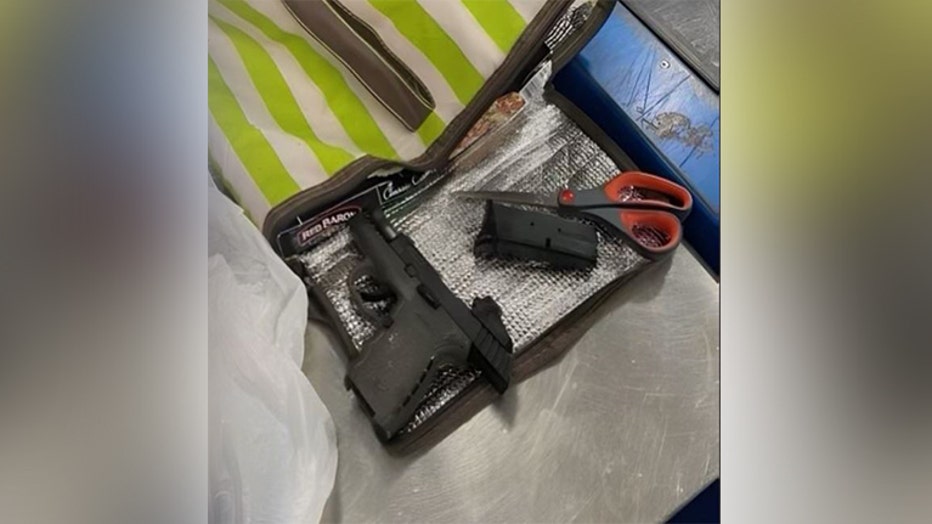 However, the agency has listed frames, receivers, and 3D-printed guns as firearms under its civil enforcement program. These items are not allowed must be carried in a checked bag, according to the TSA.

According to the TSA, passengers that bring an unloaded gun with accessible ammunition to a security checkpoint face a fine or civil penalty. The agency can impose civil penalties of up to $13,910 for each violation. 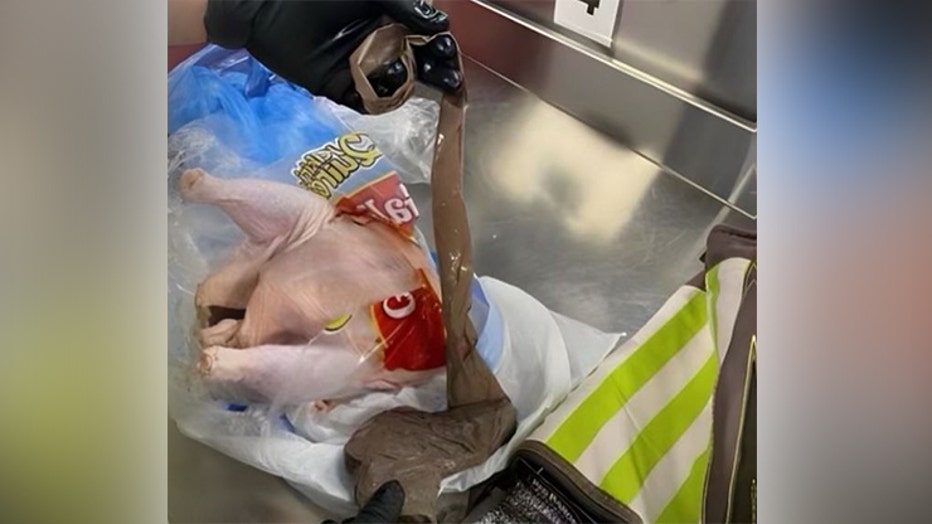 If you’re planning to bring food on the plane, the TSA allows passengers to transport meat, seafood, and other non-liquid food items in carry-on and checked bags. Ice has to be frozen if food is packed with ice or ice packs in a cooler or a container, according to the TSA.  The agency does not allow air travelers to carry meat in a container with melted ice. 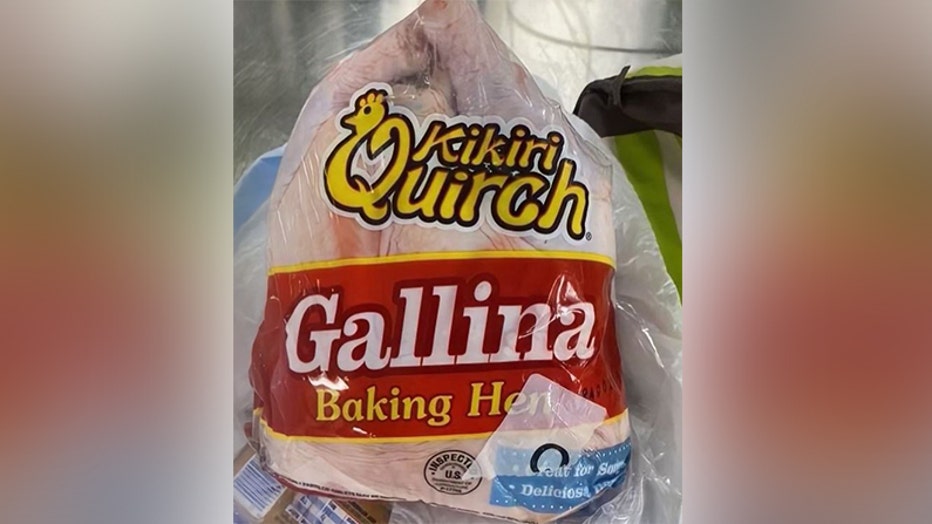 Image of the raw chicken where TSA agents found the gun. (Photo courtesy of the Transportation Security Administration)

This story has been reported by Washington, D.C.