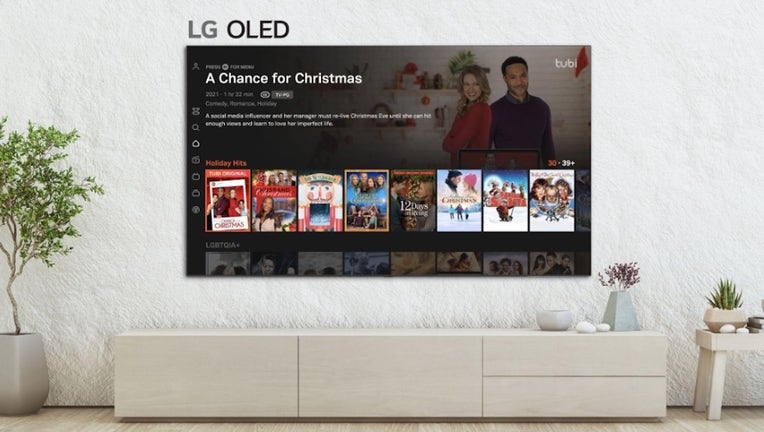 LG Smart TV owners in the U.S., Canada, Mexico and Australia have access to Tubi’s complete library, which includes 35,000 movies and television series, as well as free live local and national news channels. That robust roster now includes Tubi Originals, such as the hit series "The Freak Brothers." All of Tubi’s programming is available to stream for free, with no subscription required.

RELATED: Jeffrey Dahmer is 'like a shark' in Tubi’s new true crime documentary

LG Smart TV owners can access Tubi on the Launcher Bar of their TV’s webOS platform. Tubi is also accessible by saying "Tubi" into the LG Magic Remote. The Tubi catalogue will soon be integrated into LG’s on-device search as well.

The diverse offerings on the Tubi platform range from award-winning studio films to independent-minded titles across the Black cinema, thriller, horror, sci-fi, romance and Western genres. Tubi also has original content including the Christmas romance "A Chance For Christmas" and the aforementioned adult animated stoner comedy "The Freak Brothers," which features an all-star voice cast including Pete Davidson, Woody Harrelson, John Goodman and Tiffany Haddish.

RELATED: Watch ‘The Freak Brothers’ find themselves in jail in this clip

Get started on Tubi with these movies and TV shows—streaming for free!

The Family Stone (2005): This modern Christmas classic celebrates the holidays by acknowledging that, sometimes, family can be kind of the worst. When successful Manhattan executive Meredith Morton (Sarah Jessica Parker) joins her boyfriend Everett Stone (Dermot Mulroney) for Christmas with his tightknit family, her uptight ways don’t exactly jibe with their bohemian values. With stand-out supporting turns from Diane Keaton, Luke Wilson and Rachel McAdams, "The Family Stone" has carved out its own unique place as a family dramedy that understands that the tough times only help you appreciate the good times more. Rated PG-13. 103 minutes. Dir: Thomas Bezucha. Also features Claire Danes,Craig T. Nelson, Elizabeth Reaser and Tyrone Giordano.

The Gospel According to André (2018): "You can be aristocratic without having been born into an aristocratic family," legendary "Vogue" magazine editor André Leon Talley explains in this documentary about his influential life and career. So take an electric cinematic ride with this haute couture tastemaker. Rated PG-13. 93 minutes. Dir Kate Novack. Featuring: André Leon Talley, Anna Wintour, Whoopi Goldberg, Tom Ford.

Jupiter Ascending (2015): Like a lot of the Wachowskis’ post-"Matrix" output, "Jupiter Ascending" is the sort of gonzo swing that definitely isn’t for everyone. But once you embrace the unexpectedly earnest tone of this sci-fi fairy tale romance, it has plenty of rollicking action fun to offer. Rated PG-13. 127 minutes. Dir: The Wachowskis. Featuring: Mila Kunis, Channing Tatum, Sean Bean and Eddie Redmayne.