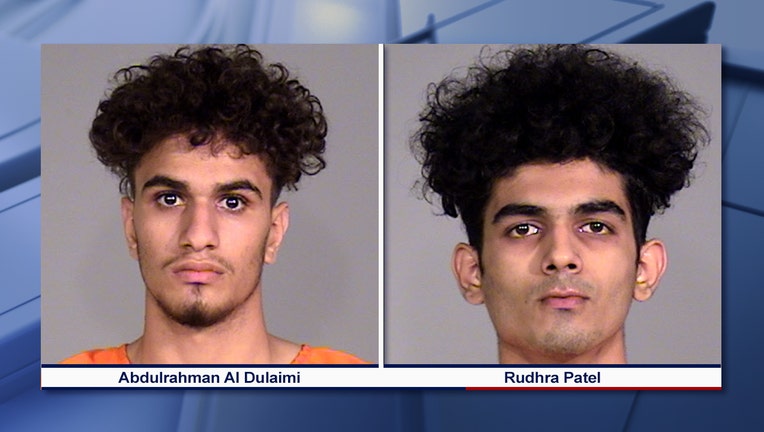 PLANO, Texas - Police have arrested two 18-year-olds in connection with a murder near Jack Carter Park on Saturday.

Rudhra Ronakkumar Patel and Abdulrahman Qays Al Dulaimi have been charged with murder in the death of Jacob Lyle Rusk.

Police said Rusk was shot near Jack Carter Park, and later died at a hospital.

The two suspects and Rusk knew each other, according to police, and this was a targeted attack. Police added that there is no indication of any further danger to the public.

Police are continuing to investigate.