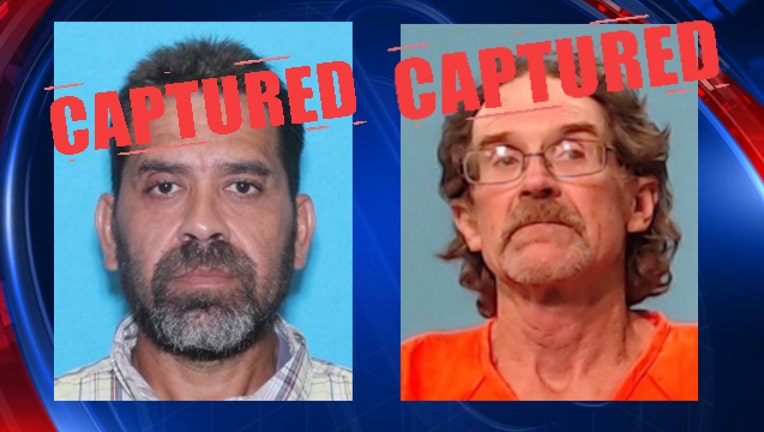 AUSTIN, Texas - Two men from the Texas 10 Most Wanted Fugitives and Sex Offenders list have been arrested.

Police were tipped off and arrested Lawhon near Angleton in Brazoria County.

Lawhon is affiliated with the Bandidos Outlaw Motorcycle Gang, and wanted for parole violation and theft since 2015.

The arrest was the result of tip information, and a reward of up to $7,500 will be paid.

Zapata on the other hand turned himself in to San Patricio County Sheriff’s Office in Sinton. He had been wanted since Jan. 2017.

Zapata was convicted of two counts of aggravated sexual assault and one count of indecency with a child in 2006. The incident involved a 12-year-old girl and he was sentenced to 15 years in prison.

So far in 2017, DPS and other agencies have arrested 17 fugitives from the Texas 10 Most Wanted Fugitives and Sex Offenders list, about $48,000 in reward money has been paid for tips that resulted in arrests.