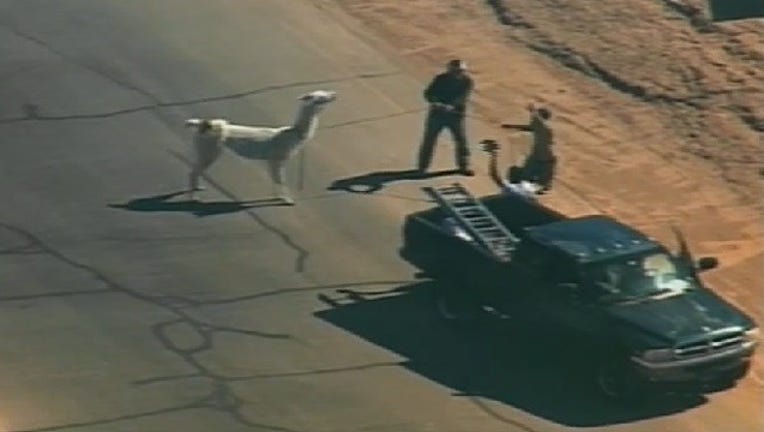 PHOENIX, Arizona - Two quick-footed llamas dashed in and out of traffic in retirement community near Phoenix.

Television footage showed a large, white llama and a smaller, black llama darting through the streets of Sun City during the lunch hour. Cars and golf carts stopped in their tracks because of the wayward livestock.

The animals galloped along the sidewalk, through manicured yards and along street medians.

The llamas thwarted numerous attempts by Maricopa County Sheriff's deputies and bystanders to round them up. The smaller, black llama was eventually lassoed.

It was unknown if the llamas were anyone's pets.