AUSTIN, Texas - Two separate incidents led to several felony arrests in San Marcos over the weekend. "Huge thanks to our officers for their hard work and diligent efforts to solve these crimes and keep our community safe," said Chief Stan Standridge in a press release detailing the arrests.

According to police, officers with the San Marcos Police Department were dispatched to the I Don't Know Bar on East Hopkins Street around 8 p.m. on Saturday, Dec 12 for an aggravated assault. Bar staff reportedly called the police and reported that a Hispanic male, later identified as Edward Eddie Rodriguez, Jr., 36, of Bertram, pulled a knife on the bouncer.

Rodriguez was highly intoxicated and detained upon officers' arrival, according to police. He was also found to be in possession of a fixed blade knife, as well as drugs.

He was arrested for Aggravated Assault with a Deadly Weapon, two counts of Possession of a Controlled Substance, and Criminal Trespass.  Rodriguez was booked into the Hays County Jail, he posted a bond of $17,000 on December 14. 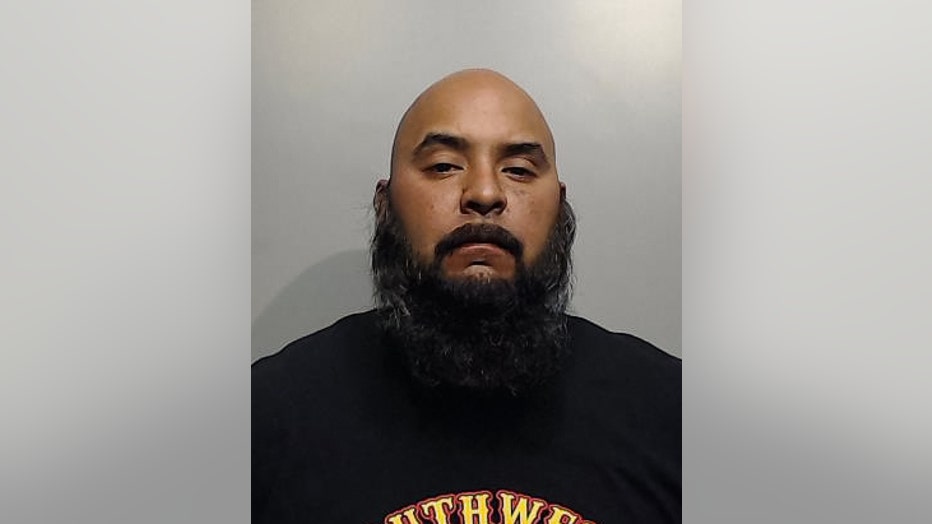 In a separate incident, officers with SMPD were dispatched for a physical disturbance involving a firearm. The incident reportedly happened around 2 a.m. on Sunday, Dec 13 at The Village on Telluride apartment complex. The complainant told dispatch that the subjects were leaving the complex in a white Chrysler 200.

Officers located the vehicle, and when they attempted to conduct an investigative stop, the vehicle started to evade, according to police. Officers conducted a pursuit-immobilization technique (PIT) on the vehicle and stopped the car.

The male driver, identified as Dominic Aaron Flores, 19, of Maxwell, fled the vehicle on foot. Three females were detained inside the vehicle; they were identified as Asianaye Nicole Polk, 18, of San Marcos, Imani Brielle Johnson, 17, of Lockhart, and Arianna Shaivonique Daniels, 18, of San Antonio.

A handgun was found inside the vehicle.

Flores was eventually located and arrested by officers, according to police. After he was taken into custody, officers learned he had warrants out of Hays County for Unlawfully Carrying a Weapon, Evading Arrest, and Possession of Marijuana, and was also charged with Aggravated Assault with a Deadly Weapon and numerous counts of Evading Arrest. 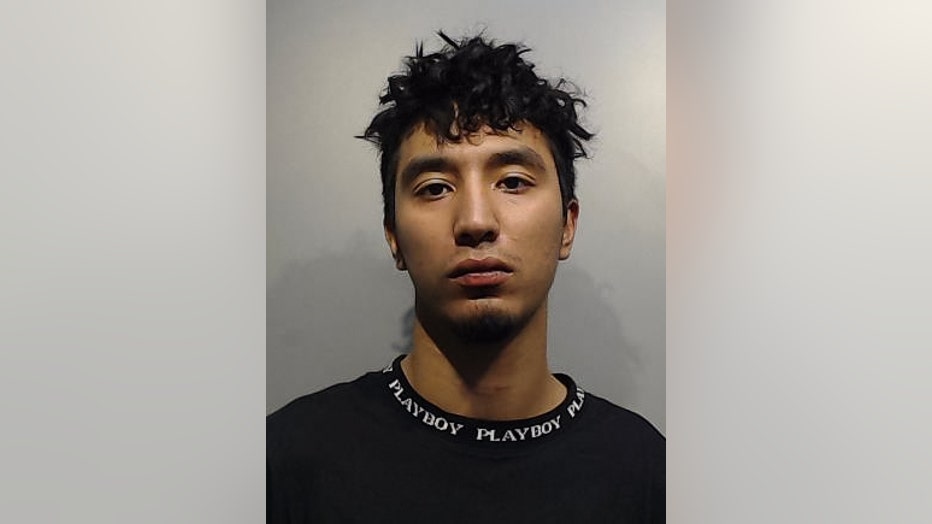 After he was taken into custody, officers learned he had warrants out for his arrest. (San Marcos Police Department / FOX 7 Austin)

During the course of the investigation, it was determined by police that Imani Johnson assaulted another female and fired several rounds at the female and her friends. At one point, Flores reportedly grabbed the handgun and pointed it at several people.

No one was injured by the gunfire, according to police.

Police determined that Imani Johnson assaulted another female and fired several rounds at the female and her friends.