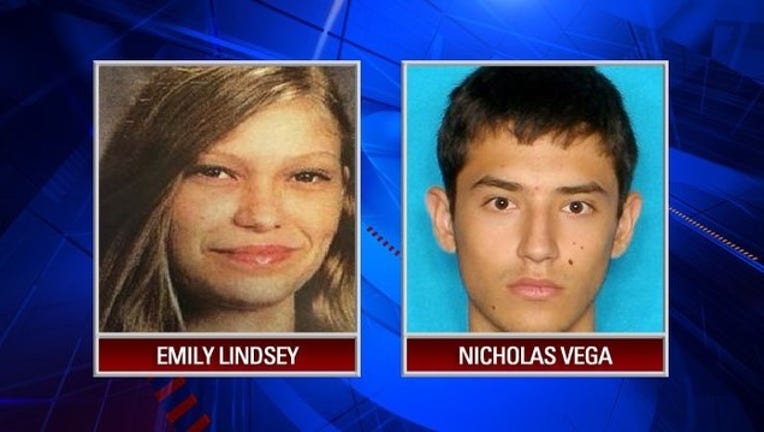 PEARLAND, Texas - *Update* An Amber Alert was issued Thursday evening for a Pearland teenager who may have run away to Austin with a 23-year-old man has been canceled. No other information is currently available.

This story will be updated as more information is released. The original version of this story is as follows:

Authorities with the Pearland Police Department say 15-year-old Emily Lindsey was last seen with Nicholas Vega at a HEB store in Columbus, TX. She told someone inside the supermarket they were going to Austin.

Vegas has an outstanding warrant for enticing a child. His vehicle is a blue 2000 Chevrolet Camaro bearing Texas license plate DSF 5538.