*UPDATE* Circuit of The Americas says they, along with ESPN will pay for Navy Vet Greg McCarthy's wheelchair wheels after last week's incident at the X Games Metallica concert.

Earlier this week we told you about a disabled Navy Veteran's woes at the Metallica concert last weekend at the X Games at Circuit of the Americas.

Fans diving for a drumstick landed on him, breaking his wheelchair.

He asked COTA for help, and tonight a representative for the race track paid him a visit.

Tom Webb is the Senior Director of Motorsport Marketing and Communications at Circuit of the Americas.

On Thursday afternoon, Webb drove to Hutto to meet with Desert Storm Veteran and amputee, Greg McCarthy at his home to discuss what happened at Metallica's X Games concert.

McCarthy says he was led by ushers to an area that wasn't wheelchair friendly...he had a terrible view...and excited fans ended up doing a number on his wheelchair.

"We're going to go back to the office now and go through with our operations and security teams to just make sure exactly what he said can be thoroughly examined and then we'll come back to him next week," Webb said.

Webb brought with him the Austin-Travis County EMS employee who helped McCarthy get back to his car in his mangled wheelchair.

"It was nice to see him again. You know it was good to actually say a proper 'thanks' to him," McCarthy said.

He's sending Webb a quote for his wheels. The damage is estimated at $635 for a brand new pair.

McCarthy says the past few days since our story aired have been eventful.

"I've been contacted by many people, I know Fox has gotten some people contacted wanting to help. People are wanting to loan me wheels for now," he said.

A friend of his loaned him a pair.

"Yeah I've been using them because I mean I use my chair everyday," McCarthy said.

And a person he doesn't even know started a "Fund Razr" page.

"The guy just friended me on Facebook and he's created a Fund Razr account. In order to try to buy me a new chair and get me up there for their concert in Ohio," McCarthy said.

One thing seems to be for sure: McCarthy will be helping COTA make sure nothing like this ever happens again.

"We are very keen that Mr. McCarthy comes back to Circuit of the Americas. I hope he doesn't mind me saying that one of the things we've just been discussing this afternoon is maybe having him come out for our next 2 major events, taking a look at the ADA facilities that we will have in place for that and giving us his insights," Webb said.

"I'm excited about it I mean, as an amputee I'm also a peer visitor so I go and I help new amputees when they become them. So I try to be helpful," McCarthy said.

COTA giving McCarthy a new wheelchair or at least a new pair of wheels has not been decided on yet.

Tom Webb says he'll finish his investigation into what happened and then meet with the Veteran again next week. 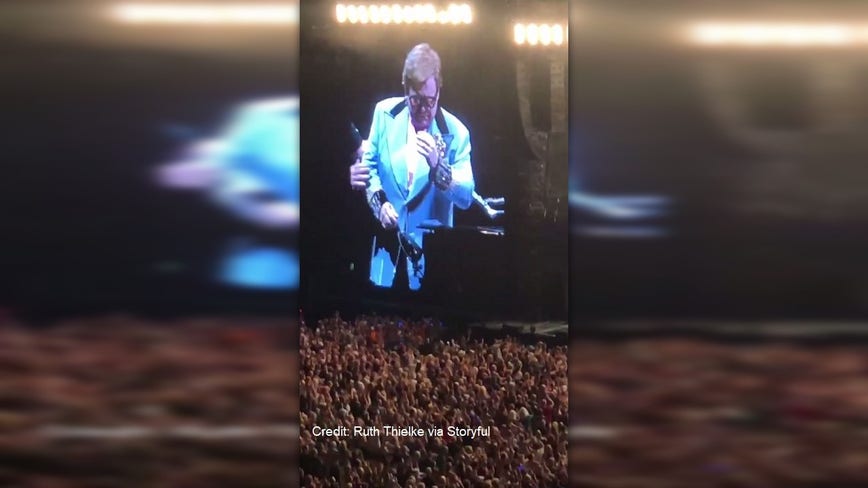