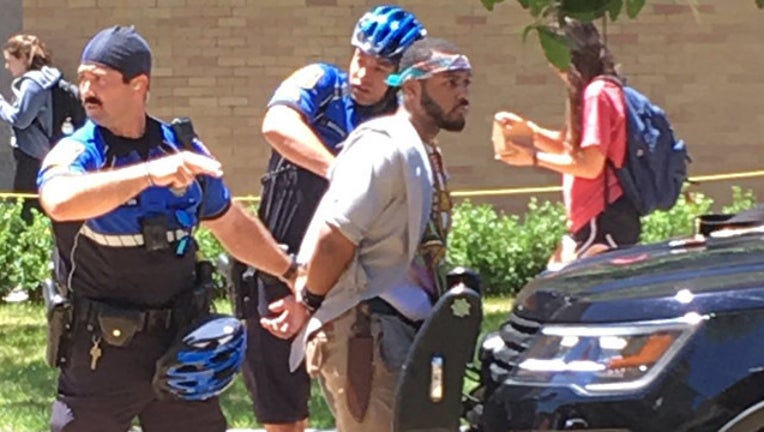 AUSTIN, Texas (AP) - The man suspected of stabbing four students at the University of Texas says he carried a knife on campus for protection and that on the day of the attack he had walked the campus in a dream-like state.

Twenty-one-year-old Kendrex J. White said in a jailhouse interview with KPRC-TV in Houston that he decided to carry a knife because his friends were carrying guns, which is permissible under a new state law allowing concealed handguns on college campuses.

One student was killed and three others injured in the May 1 stabbings.

State law says knives shorter than 5 ½ inches can be openly carried in public, but authorities say White was carrying a larger blade.