MILWAUKEE - Five people were killed in a shooting Monday in Milwaukee, police said.

When officers arrived at the scene, they found five victims killed — ranging in age from 14 to 41 years old. 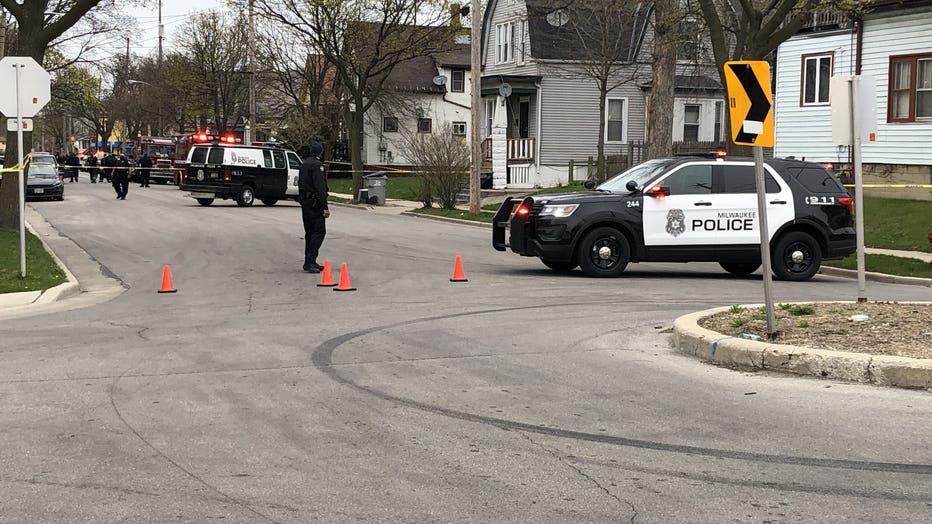 Police vehicles are shown at the scene of a reported fatal shooting on April 27, 2020 in Milwaukee, Wisconsin. (Photo credit: FOX 6)

The person who called police was believed to be the suspect and taken into custody, the station reported. A weapon was recovered from the scene.

Morales said there was no active threat and the investigation is ongoing.

"Our prayers go out to the family," Morales said. "This is a very tragic event."

Milwaukee Mayor Tom Barrett arrived on the scene -- and told reporters on the scene a young child related to this incident is at the hospital doing "fine." The mayor said the child has "obviously been through a lot of trauma." Barrett went on to describe the incident as a "horrific scene."

"As soon as I got the word, I wanted to see exactly what happened. The loss of life is something I take very seriously. This is obviously a horrific incident in our city," Barrett said. "I don't know how many people lived in this house. I don't know if there was more than one family. But again this is a stressful period."

Investigators say the motive for this shooting remains unclear.

FOX 6 News and Angelica Sanchez contributed to this report.