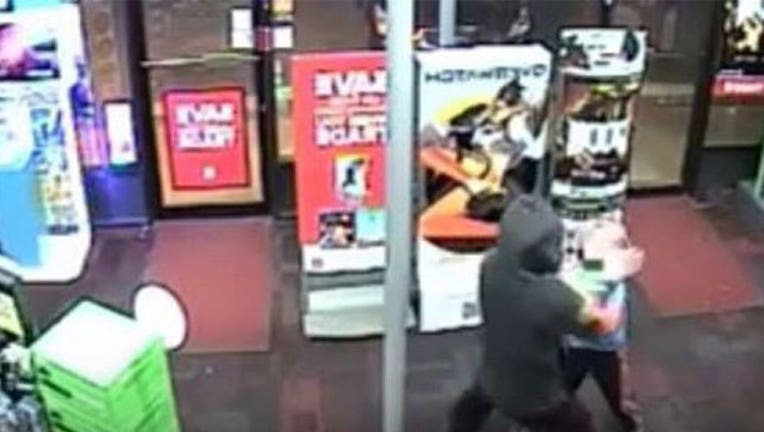 Cops in Maryland this week released video of a 7-year-old boy with a stuffed toy who tried his best to fight off an armed robbery suspect.

“He punched him,” the boy’s father told The Washington Post. “Two left hooks while holding the Yoshi doll.”

Montgomery County Police released the video of the May 20 hold-up at the GameStop store in Silver Spring, just outside Washington. Cops said two robbers pulled off the heist, fleeing with cash and personal property.  No one was injured.

The Post reported that the boy went to the store with his parents and picked a doll of the Super Mario character out of a bin. The boy and his parents weren't together when the robbers entered the store.

The father told the Post he wrapped his arms around his son when they were all ordered to get on the floor.

"It was a terrifying situation," he told the paper. "You just want to grab them and hold them tight to you and you want it to end, quickly."