Florida woman arrested for kicking, pulling dog off the ground by leash

A Florida woman has been arrested after a video of her abusing a dog went viral.

A Florida woman has been arrested after a video of her abusing a dog went viral.

Michelle Sieber, 26, is charged with one count of animal cruelty.

According to Tarpon Springs police, she was arrested after a video surfaced that appears to show her kicking the dog and roughly pulling the dog by its leash while walking through a parking lot.

Vincent Minutello was dropping his girlfriend off when he saw the abuse taking place and recorded it on his cellphone.

At one point, Sieber picks the dog up by its leash and the dog appears to choke and gag. 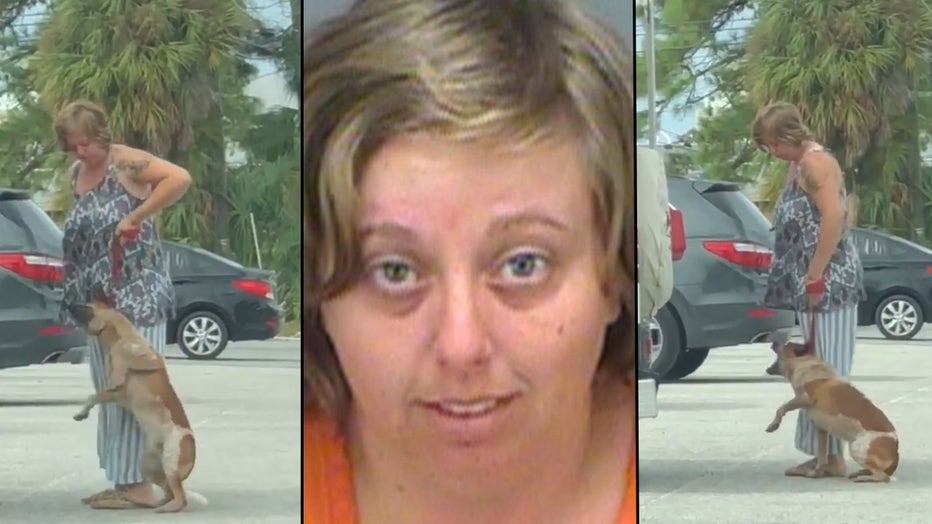 "Hey, can you go a little easy on that dog please?" Minutello asks Sieber.

"You want him?" Sieber says with a laugh.

"No, but you can't do what you're doing. You're choking him, you're hanging your dog!"

After a few words are exchanged, Sieber gets into her camper with the dog.

Sieber was arrested on Sept. 20 and booked into the Pinellas County Jail.

Sieber's dogs, including the one in the video, are now in the hands of animal control, according to deputies. Investigators say the dog appears to be ok.