Two men were rescued this week by a group of fishermen after their boat capsized in the Gulf of Mexico – leaving them with a cooler to help them stay afloat.

HUDSON BEACH, Fla. - Two men were rescued this week by a group of fishermen after their boat capsized in the Gulf of Mexico – leaving them clinging to a cooler to help them stay afloat.

Video of the amazing rescue was posted to Facebook by Adam Vetter on Monday.

Vetter says he was heading back to shore with friends Rob Wells, Fred Heidgerken and Joe Steplyk around 6:30 p.m. when they came across a white capsized boat about 12 miles off the coast of Hudson Beach. He says they tried to alert the Coast Guard, but because they couldn’t get a good signal, they continued back to shore to call from there.

As they made their way back in, about 1-2 miles from the sinking boat, Heidgerken spotted something white in the water about 1.5-2 miles away from them.

“We turned the boat and as we got closer, we noticed it was a white cooler and then we [seen] hands waving in the air,” Vetter wrote. 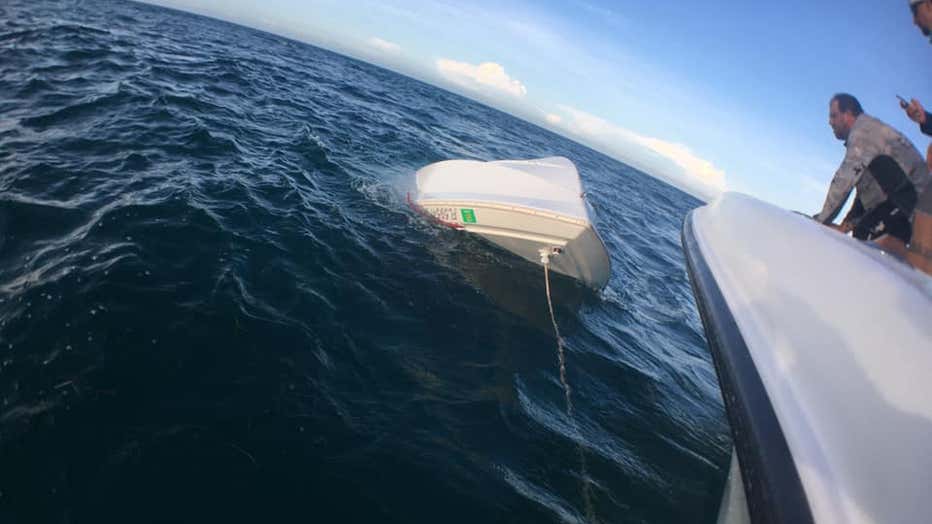 That’s when they saw two men in the water. The men said they had been floating for roughly 3 to 4 hours.

Vetter, Wells, Heidgerken and Steplyk pulled the men on board to safety.

“The odds of us finding them were unbelievable after we ran across the boat,” Vetter told FOX 35 News.

He says he talked to one of the rescued men this week and they are both doing fine.

“Thank God they had that white cooler. That was the reason they were saved by us.”