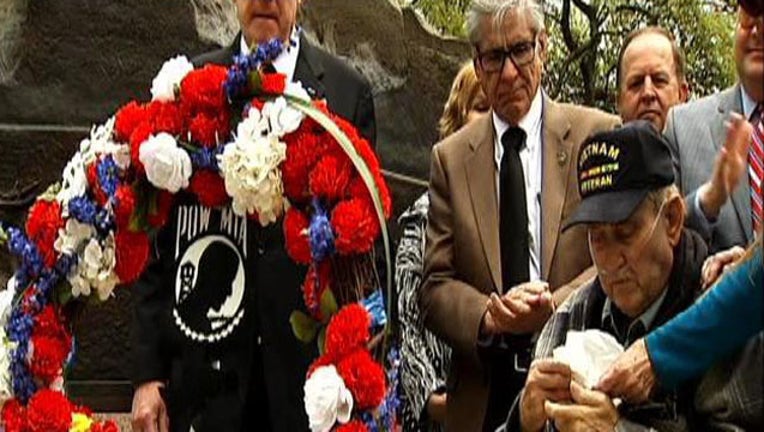 It took place at the Vietnam Veterans Monument.

State Senators Juan "Chuy" Hinojosa and State Representative Wayne Smith joined Monument Committee Chairman Robert Floyd to lay a wreath at the monument in tribute to their fellow Texans who served in Vietnam.

March 29th is the anniversary of the day the last U.S. combat troops left Vietnam in 1973 and has been legislatively designated as Texas Vietnam Veterans Day.