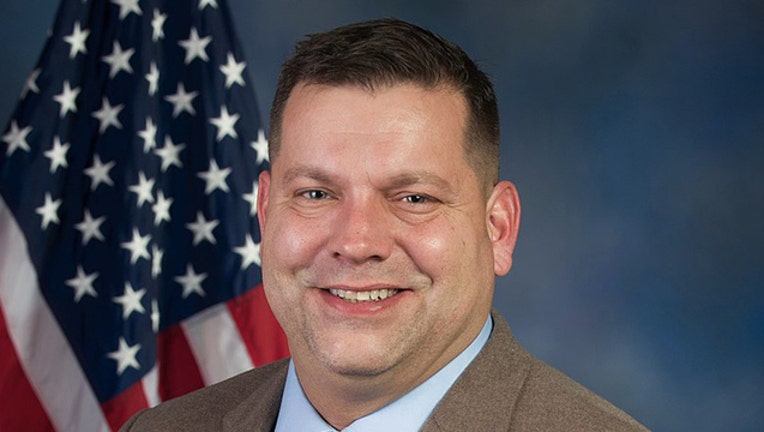 RICHMOND, Va. (AP) — - Republican Congressman Thomas Garrett of Virginia announced Monday that he will no longer seek re-election, saying he needs to work on recovering from alcoholism and renewing his commitment to his family.

Garrett made the announcement in a video recorded at the state Capitol in Richmond. It was first reported by The Washington Post.

"Any person — Republican, Democrat or Independent — who's known me for any period of time and has any integrity, knows two things: I am a good man and I am an alcoholic," Garrett said. "This is the hardest statement that I have ever publicly made, by far."

Garrett declined a request for an interview.

A former prosecutor and state senator, Garrett is a libertarian-leaning conservative who advocated for looser marijuana laws and was a member of the House Freedom Caucus.

His decision to resign came abruptly. Last week he held a long, rambling news conference to deny reports he was thinking of dropping his bid for a second term.

Garrett's tepid fundraising had worried members of his party, but he said his decision not to seek another term was not motivated by fear of losing his seat. Garrett said "sometimes winning means knowing where your priorities should be."

"This isn't an ending for me, or my values of service to my fellow man, it's just a new beginning," Garrett said.

Garrett was up against Democrat Leslie Cockburn, a former reporter for 60 Minutes and Vanity Fair who has never run for office before. She has said her opposition to President Donald Trump helped spur her run.

Republican Party officials in the 5th District will pick a replacement candidate in coming days. Trump won the district by 11 percentage points and several Republicans could jockey to replace Garrett on the ballot.

Garrett joins a long list of Republican lawmakers who are retiring instead of seeking re-election, including House Speaker Paul Ryan.