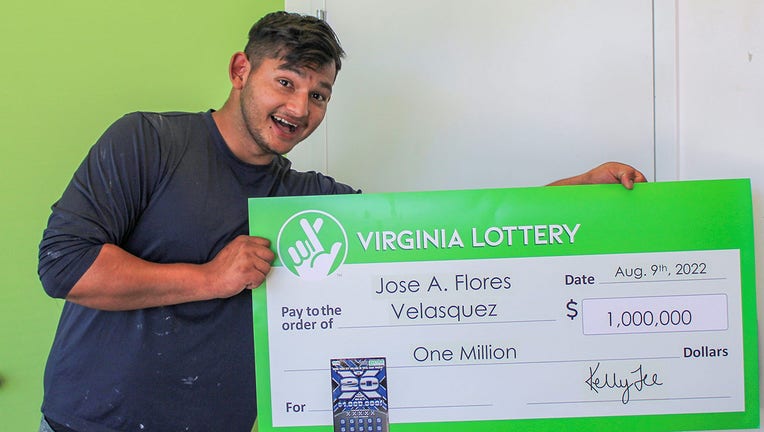 Jose Flores Velasquez thought he had won just $600 after playing the 20X the Money scratcher game. When he went to redeem his prize, he learned he had won the $1 million prize. (Photo: Virginia Lottery)

ANNANDALE, Va. - A man in Virginia who thought he won $600 in the lottery ended up taking home a significantly larger cash prize.

Flores Velasquez bought the ticket at a Safeway supermarket while he was picking up a pack of sodas, the press release said.

When he brought the ticket to the Virginia Lottery’s customer service center, he thought he would be walking away with $600.

That’s when he learned he was one of the game's top winners.

The Safeway supermarket also received a $10,000 bonus for selling the winning ticket, according to the release.

There is still one more unclaimed top prize for the 20X the Money scratcher game, the release said.

Flores Velasquez told the Virginia Lottery that he may use his winnings to start his own business.