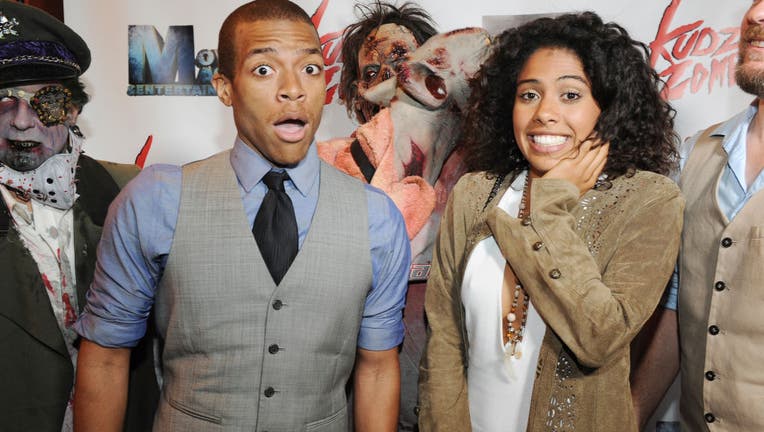 LOS ANGELES, CA - JUNE 3: Moses Moseley and Wyntergrace Williams pose for a photo with Zombies at the Sneak-Peek Cast and Crew Screening of "Kudzu Zombies" on June 3, 2017 in Los Angeles, California. (Photo by Amy Graves/WireImage)

Actor Moses J. Moseley's cause of death has been determined.

Moseley, who was notable as a recurring zombie character on "The Walking Dead," died of a gunshot wound to the head, the Henry County Coroner's Office in Georgia confirmed to Fox News Digital.

However, the manner of Moseley's death is still "undetermined," meaning it is unclear whether his death was an accident or suicide.

"No one for one second who knew him or met him believes it was self harm," a representative for the actor told Fox News Digital in a statement on Tuesday.

"Moses is deeply missed by all of us. We are still in shock that he is gone," his representative added.

"Jill and I are sending you our heartfelt condolences on the passing of your beloved Moses. I know there are few words I can share that will ease the pain of losing a loved one. You are in my thoughts and prayers," Biden writes in the letter, dated March 8.

The president's message continues: "Though the grieving process never quite ends, I promise you the day will come when the memory of Moses will bring a smile to your lips before it brings a tear to your eye. My prayer for you is that this day comes sooner rather than later."

The actor was found dead on Jan. 26 at age 31 in Stockbridge, Georgia. His sister, Teera Kimbro, told TMZ that those close to him believe he was kidnapped and then killed.

Moseley broke onto the scene on "The Walking Dead," in which he was cast from 2012-2015 as one of Michonne's pet zombies.

Other on-screen appearances for Moseley — who was born in Aiken, South Carolina — include "Joyful Noise," "The Internship," "Queen of the South," "Attack Of The Southern Fried Zombies" and HBO’s "Watchmen," among other titles.

Following the news of his death, AMC issued a statement on Twitter that read: "Our thoughts and prayers are with our #TWDFamily member Moses J. Moseley." The tribute includes a close-up photo of Moseley with a blue sky and clouds above.