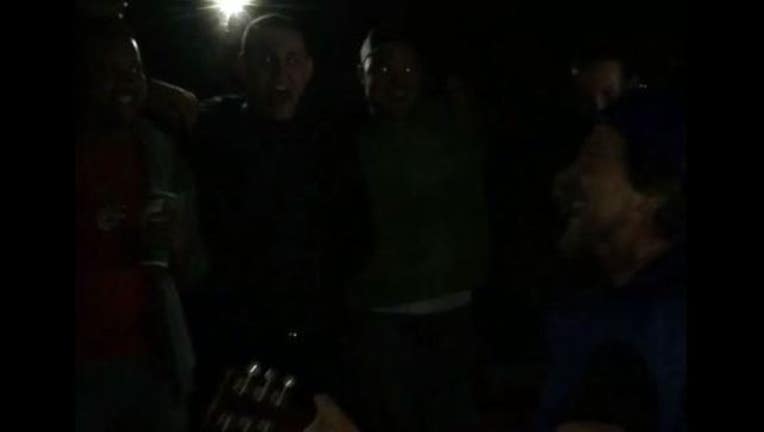 CHICAGO (FOX 32 News) - After the Cubs vs. Cardinals playoff series, it is no secret that Pearl Jam's lead vocalist Eddie Vedder is a die-hard Chicago Cubs fan!

Vedder was there when the Cubbies beat the Cards Tuesday night to advance to the NLCS. And he was sure to join the team in celebrating after the game.

Cubs rookie and third baseman Kris Bryant uploaded a video of Vedder singing the song "All The Way" to a group of players. Scroll to the bottom of this story to watch the video.

Vedder wrote the song  about the Cubs' next World Series victory. The song was first performed in Chicago and was recorded in 2008 at the end Vedder's first solo tour.

50-year-old Vedder grew up in Evanston.