Officials said after initially being turned away, hospital administrators allowed county health inspectors access to a building. There they found approximately 50 bodies.

"The Wayne County Health Division has launched an investigation to determine whether county health ordinances were violated by the hospital," said William Nowling, spokesman for the county.

In response to the investigation, a hospital spokesman said Beaumont had obtained approvals from the city's Department of Community Development and Planning, Building Department and the fire marshall to convert part of a warehouse into a temporary morgue.

"Once we obtained approval, we worked quickly to ensure that part of the warehouse space could serve this temporary purpose in a safe, appropriate and respectful way," said Mark Geary, director of external communications and media relations in a statement. "Beaumont continues to use the rest of the warehouse to store much-needed supplies we distribute to our hospitals across metro Detroit." 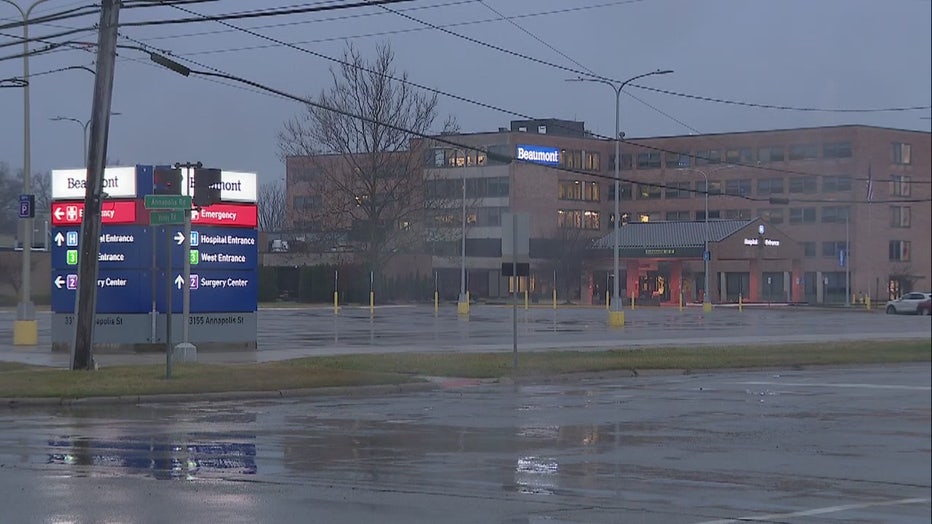 Investigators arrived "without advanced notice, without being able to explain their purpose, and without appropriately fitting PPE to protect themselves" Geary continued. The public officials were eventually shown photographs of the morgue.

Beaumont Wayne abruptly closed last week after much of the hospital's staff had been redeployed to other Beaumont sites. However, several laid-off workers were left with more questions than answers.