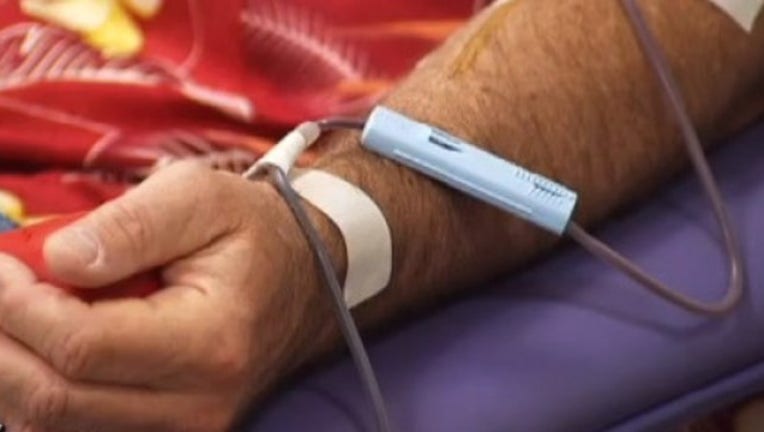 AUSTIN, Texas (FOX 7 Austin) - We Are Blood announced Sunday that they will be hosting a mobile blood drive Monday on the State Capitol grounds to honor the victims and communities affected by this weekend's mass shootings in El Paso and Dayton, Ohio.

20 people were killed and 26 injured when a gunman opened fire in an El Paso Walmart. The suspect, from Allen, Texas, is in custody. Not 24 hours later, a gunman shot and killed nine people, including his sister, and injured 27 others, in a popular nightlife area of Dayton, Ohio, before he was fatally shot by police.

The drive will be on August 5 from 9 a.m. until 1 p.m. on Colorado Avenue between 12th and 13th streets on the Texas Capitol grounds.

Appointments can be set up online and walk-ins are also welcome. Anyone unable to donate at this time is encouraged to schedule with one of We Are Blood's three locations, says the organization.

The organization also encourages Central Texans to donate blood and platelets regularly as the blood bank requires at least 200 daily donors to serve the needs of the Central Texas region.

For questions about donor eligibility or various ways to donate, visit their website.