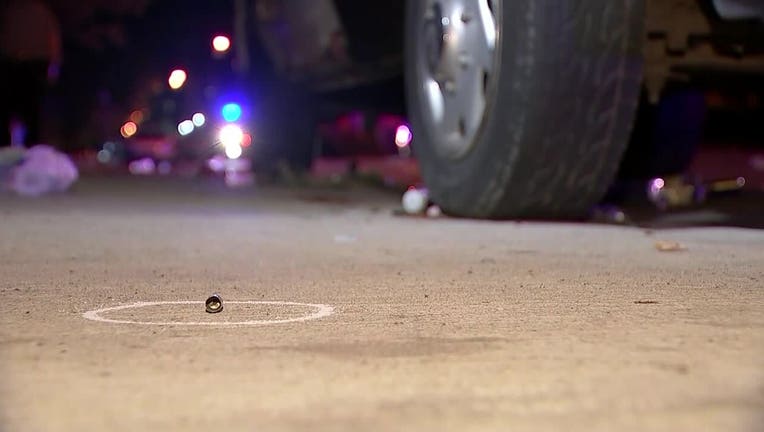 PHILADELPHIA - Another weekend of gun violence has pushed Philadelphia over 300 homicides so far in 2020.

A 36-year-old man died early Sunday morning after he was shot eight times in the chest on Cecil B. Moore Avenue near 23rd Street.

Police say they were responding to reports of a large fight from a street party down the block when they heard several shots fired.

Just two hours after that incident, officers responding to a second deadly shooting four blocks away on Montgomery Avenue.

Investigators say a man in a car and another man on the street had shot one another. The driver of the car was able to drive away from the scene after he was wounded, but crashed into a home a few blocks away. He later succumbed to his injuries.

The other man involved in the shootout was hospitalized in critical condition.

With the deaths of those two men, the city continues to draw closer 2019's total number of homicides, which was the most since 2007.

"We all have a role to play": Commissioner Outlaw responds to ongoing gun violence in Philadelphia

Outlaw, who took over as police commissioner in February, says she believes that the Philadelphia police force is just one piece of the equation, and communities and city leaders must play an active role in squashing the rash of gun violence.

"We all have a role to play, I'll be a sounding board, but at some point it's one thing to spout off some pretty hateful things but I'm really not for it if you're not for solutions." Outlaw said. "Come to the table, you can say what you want, say what you need, but at this point, children are dying, people are hurt. It doesn't fix anything."

Krasner, who has served as District Attorney since 2018, believes the rise in shootings and homicides is not unique to Philadelphia rather an "unprecedented national issue." He also added that he believes the ongoing pandemic that has caused widespread hardships for individuals and families is partly to blame for the violence that has plagued the city.