As companies grapple with the highest inflation in 40 years, consumers are feeling the impacts financially.

Prices on everything from gasoline to groceries continue to soar, as inflation climbed up to 7.9% in February. On Thursday, the national average for a gallon of gas was $4.28, according to AAA.

RELATED: Billionaire supermarket CEO: Buy now, food inflation will only get much worse

But, if you haven’t seen a price increase on a product or service you purchased recently, chances are that the company may still be passing along the rising costs to you without the obvious price hikes.

The answer is "shrinkflation."

While shrinkflation is a catchy phrase — a mash-up of the words shrink and inflation — it actually isn’t a new term.

When raw materials cost producers more, they sometimes react not by raising prices but by charging the same price for a package that contains a bit less, according to Merriam-Webster dictionary.

If you ever bought a candy bar or a bag of chips that seemed somehow smaller than you remembered but that still cost the same, it’s not an illusion; it's shrinkflation. 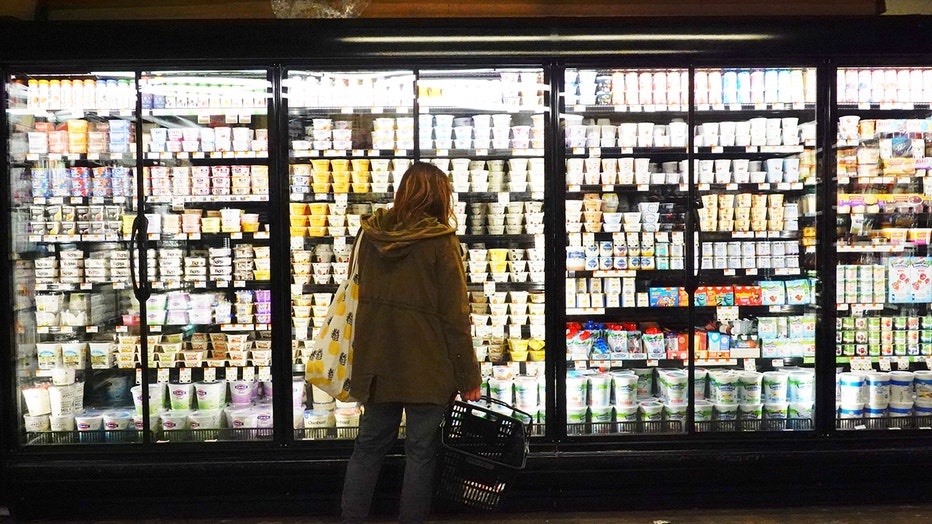 A person shops for groceries at Lincoln Market on March 10, 2022 in the Prospect Lefferts Garden neighborhood of Brooklyn borough in New York City.The Labor Department reported that consumer inflation rose 7.9% over the past year, the largest rise si

While consumers are aware of the price of goods, they may be less aware of a small change in the size or volume of the product.

"Rather than raise the price directly, some manufacturers choose to make the product a little smaller and charge the same price. It is a sneaky way to pass on a back door price increase that most shoppers will not notice," said Edgar Dworsky, a consumer expert with ConsumerWorld.org.

This means companies are downsizing products in order to meet the demands of inflation without directly affecting your wallet.

"It's a kind of downsizing that bucks the decades-old trend of supersizing, and you can see its effects in almost every aisle of the grocery store," Merriam-Webster noted.

Dworsky said downsizing has been around since the days when candy bars cost a nickel. While the trend comes in waves, he said it’s more prevalent during times of high inflation.

"Putting fewer sheets on your toilet paper or paper towel roll, making orange juice containers hold less, putting fewer cookies or potato chips in the package, taking an ounce out of each box of cereal — these are ways that manufacturers are costing you more," Dworksy continued.

This means you have to buy the product more often because it will run out faster — putting a strain on the consumer’s wallet without possibly even realizing it.

Shrinkflation might sneak by shoppers, but the tactic has become increasingly noticeable to consumers.

In a new subreddit on shrinkflation, people have been chiming in and documenting their shrinking groceries. 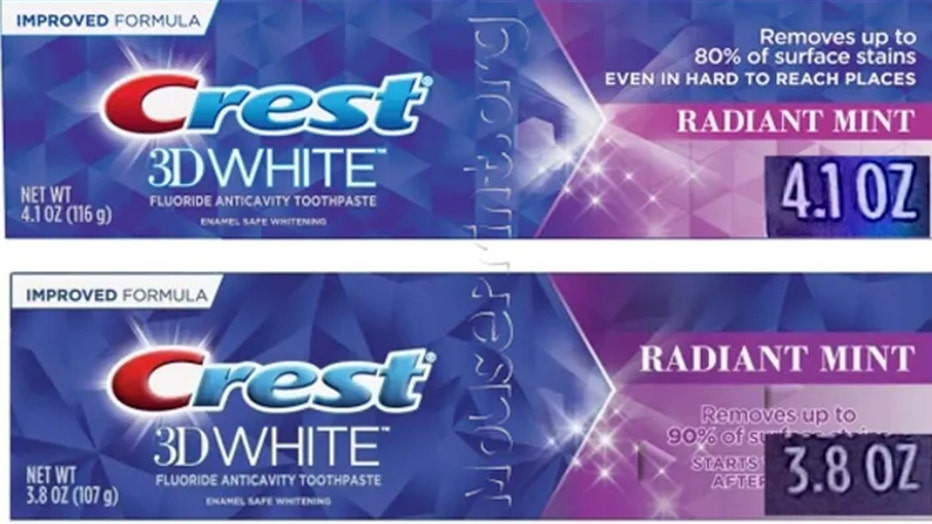 One user on Reddit wrote, "This pack of chicken strips lost 0.31kg since the last time I bought them." Another user shared a photo of their celery bag writing, "These celery stalks used to fill the bag and this one is literally half the bag." 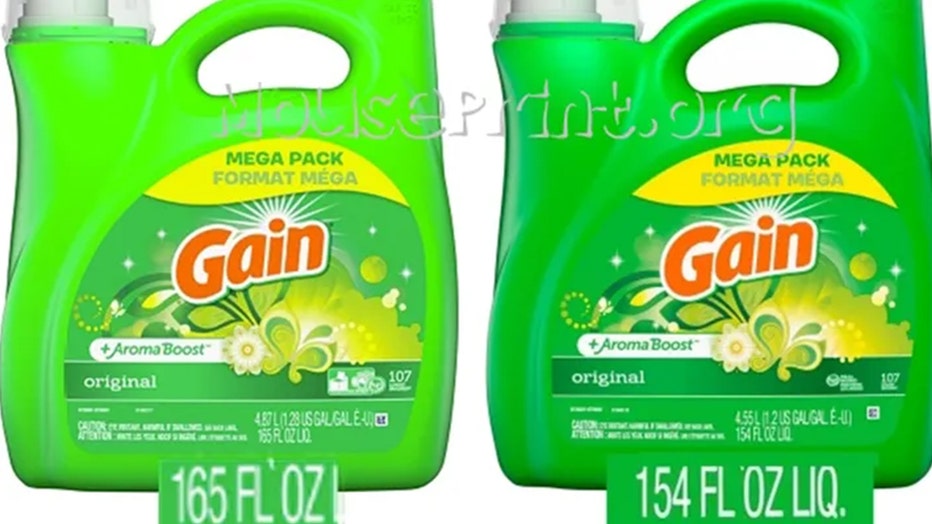 Over the past 60 years, Dworsky revealed Charmin toilet paper reportedly went from 650 single-ply sheets on a roll to the equivalent of 90% less assuming you could even find single rolls any longer. His latest change showed ultra soft "Mega" rolls going from 264 double-ply sheets per roll to 244. And "Super Mega" rolls went from 396 sheets to 366.

Are Doritos linked to shrinkflation?

Doritos have been making headlines recently for being associated with shrinkflation.

"Eight years ago, we brought you news that Doritos had downsized its 11-3/4-ounce bags to just 11 ounces. Well, we must have missed some additional changes to its net weight in the interim because they recently dropped to 9-1/4 ounces from 9-3/4," he wrote, adding, "The company makes it very hard to detect changes in content because the net weight statement is on the very bottom of the bag, often folded under when stocked on store shelves." 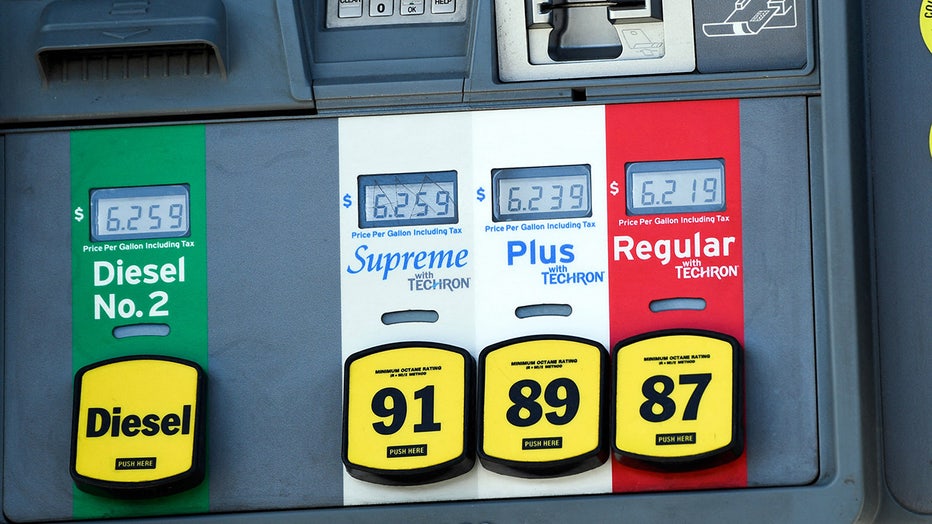 Gasoline and diesel fuel prices above six dollars a gallon are displayed on a pump at a Chevron gas station at North Alameda and West Cesar Chavez Ave near Union Station in downtown Los Angeles, California, on February 17, 2022. (Photo by Patrick T.

Then, last week, Quartz, the global news and insights company, claimed that Frito-Lay confirmed that they dropped the weight of Doritos bags from 9.75 ounces to 9.25 ounces — or five fewer chips.

But, Frito-Lay, the parent company of Doritos, denies these claims.

"In 2022, we have not, nor do we plan to cut the number of Doritos – or any of our chips – in any size bag," the company wrote in a comment to FOX Television Stations Group.

As long as the current wave of inflation lasts and manufacturers’ bottom lines are under pressure, experts say producers will continue to look for ways to directly or indirectly raise their prices.

"Consumers are already price conscious, but they need to become ‘net weight conscious,’" Dworksy concluded. "That is the only way they can recognize if a manufacturer is pulling a fast one on them by inconspicuously reducing package contents. If you don't know that some types of Charmin that you buy today have 20 to 30 fewer sheets on a roll than they did last year, you won't realize you've been snookered."

On Wednesday, the Federal Reserve launched a high-risk effort to tame the worst inflation since the early 1980s, raising its benchmark short-term interest rate and signaling up to six additional rate hikes this year.

The central bank's policymakers expect inflation to remain elevated, ending 2022 at 4.3%, according to quarterly projections they released Wednesday. That's far above the Fed's 2% annual target. The officials also now forecast much slower economic growth this year, of 2.8%, down from a 4% estimate in December.

The Labor Department’s Bureau of Labor Statistics announced on March 10 that increases in indexes for gasoline, shelter and food were the largest contributors to the seasonally adjusted all-items increase.

Wholesale inflation surged over the past year as the Producer Price Index (PPI) rose 10% annually in February, according to the latest data released Tuesday by the Bureau of Labor Statistics (BLS).

The PPI jumped 0.8% in February alone, according to the BLS report, following a monthly rise of 1.2% in January and 0.4% in December 2021. The PPI is a measure of average change in selling prices for domestic producers before their goods reach consumers.

John Catsimatidis, the billionaire owner and CEO of New York City supermarket chain Gristedes, urged Americans to "buy" now because food inflation will only get much worse.

The billionaire CEO encouraged Americans nationwide to stock up on their favorite products to "get a better return on your investment," especially if prices soar over the next three or four months.

Earlier this month, President Joe Biden outlined plans to address inflation by reinvesting in American manufacturing capacity, speeding supply chains and reducing the burden of childcare and eldercare on workers.