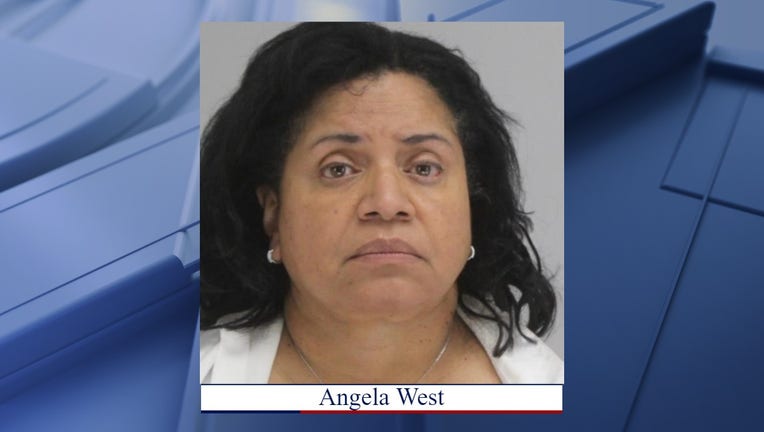 DALLAS - The wife of Texas governor candidate Allen West was arrested Friday night in Dallas for DWI with a child in her vehicle, which her husband said was her grandchild.

Angela West was booked into jail after being charged with driving while intoxicated with a child under 15 years of age.

According to Dallas police, an officer with the DWI Squad stopped the 61-year-old's vehicle just before 8:45 p.m., for a traffic violation in the 2300 block of W. Northwest Highway.

The officer believed the driver may be intoxicated and performed a field sobriety test, which police said led to her arrest for DWI. A blood specimen was obtained after she was taken into custody.

Police said the child in her vehicle was released to the child's father.

Allen West posted video on Twitter about the arrest.

In the video, Allen said he was at dinner in Waco, but then came to Dallas after learning of his wife's arrest.

He said witnesses reported that his wife was only drinking "water and lemonade" at dinner at PF Chang's Friday night, before getting behind the wheel with their grandson.

He added that he was upset that their grandson was left with two uniformed officers after his wife's arrest. He said the officers made contact with his daughter, who then picked up the child from two police officers "on the side of the road."

Allen said he demanded an explanation from the Dallas police chief or Dallas County Sheriff's Office about why his wife was arrested.

He later tweeted out that his wife had been released and "we thank you for the many messages with support and prayers," but didn't release any other details.