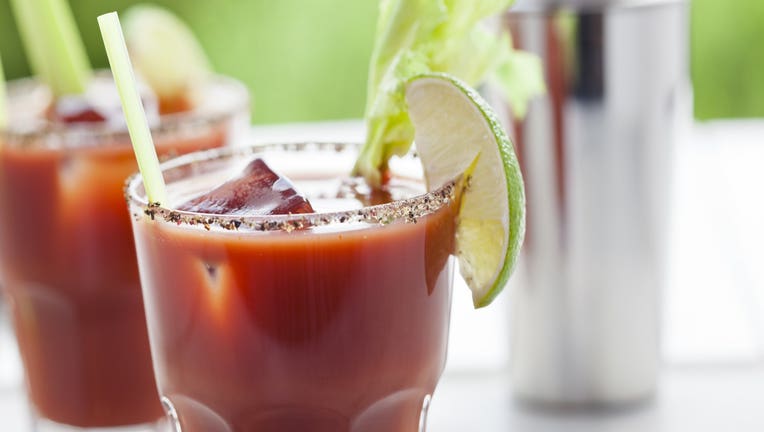 Bloody Mary or Caesar Cocktail with Lime, Celery and ice

The bill won bipartisan approval in the Legislature. It allows for mixed drinks and glasses of wine to be sold to go as long as they have tamper-evident seals. It takes effect immediately.

The drinks could be sold for pickup only, not delivery. More than 30 states have similar laws.

The Wisconsin Grocers Association and the Wisconsin Public Health Association were the only registered opponents to the measure. Supporters include groups representing the state’s tourism, hotel and lodging industries, bars and restaurants.

Supporters have been pushing for the law change for a year, saying it offers another way for bars and restaurants suffering from drops in attendance to get by during the pandemic.

Brewers baseball, Bloody Mary’s and beer - Sounds like a good time, am I right?

Brian is at Saz’s getting ready for the new season by making one of their most popular drinks.