According to a probable cause affidavit, Officer Lucas was responding to a “possible fight in progress” Saturday night at the Kwik Chek convenience store in rural Hunt County.  The entire incident was captured by his body camera.

The video reportedly shows 31-year-old Price trying to greet the officer with a handshake when he arrived. He asked “You doing good?” multiple times while extending his hand in a handshake gesture, the affidavit states.

The officer said he believed Price was intoxicated and tried to detain him. In response, Price stated, “I can’t be detained.”

The affidavit states Officer Lucas grabbed Price’s arm and gave him verbal commands, which were unsuccessful. He also pulled out a Taser and warned Price to comply or he would use it.

The video reportedly shows Price failing to comply and walking away from the officer. The officer then deploys his Taser, which was not fully effective, according to the court document.

“While being Tased, Price continued to walk toward Officer Lucas. Price appeared to reach out and grab the end of Officer Lucas’ Taser. Officer Lucas discharged his firearm four times, striking Price in the upper torso,” a Texas Rangers investigator wrote in the probable cause affidavit. 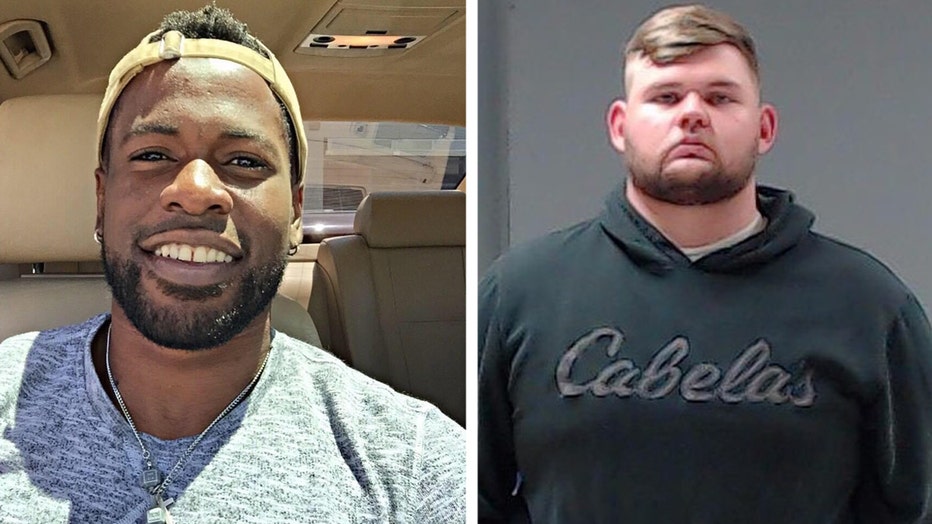 The affidavit states Officer Lucas was charged with murder based on video evidence, physical evidence and eyewitness testimony that clearly showed he intentionally and knowingly caused Price’s death.

The 22-year-old rookie officer is sharing his account of what happened through his attorney.

Records show Lucas previously worked at the Hunt County jail for five months. He graduated from the police academy at the end of March and started as an officer with the Wolfe City Police Department in April.

“After Mr. Price refused repeated instructions and physically resisted, Officer Lucas deployed his Taser and continued to give Mr. Price instructions.  Mr. Price resisted the effects of the Taser and attempted to take it away from Officer Lucas,” attorney Robert Rogers said in a statement. “Officer Lucas only discharged his weapon in accordance with Texas law when he was confronted with an aggressive assailant who was attempting to take his Taser.” 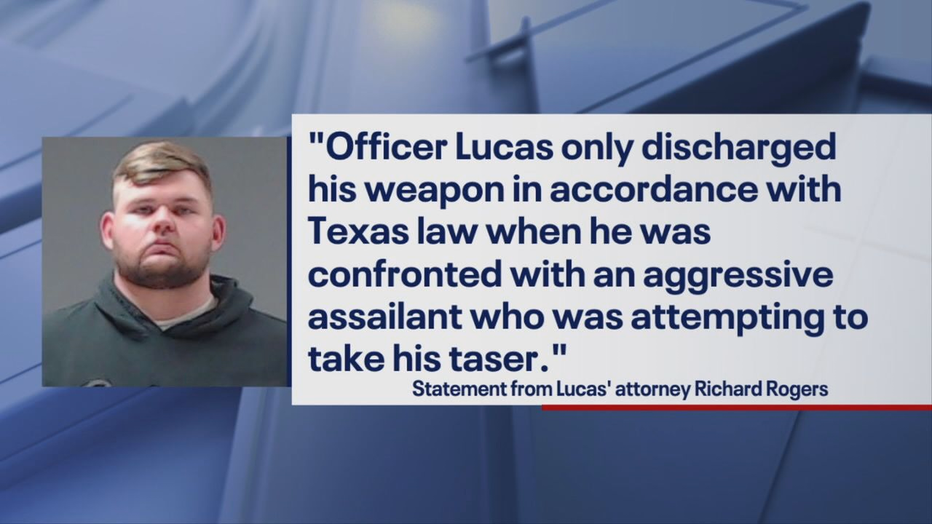 The Texas Rangers are leading the investigation and determined the officer’s actions were not "objectionably reasonable."

In their news release, the Texas Rangers said Price “resisted in a non-threatening posture” and began walking away. That’s when Officer Lucas deployed his Taser at Price and shot him with his gun.

Criminal defense attorney Toby Shook is not involved in the case, but he has experience as both a former chief felony prosecutor, and as defense counsel in the Amber Guyger murder case.

“The question is, why was he detaining him? Did he have a reasonable belief something had happened that he needed to investigate and then why would Mr. Price not comply?” Shook said.

There is also surveillance video from the store that was given to authorities but no video has been released to the public.

“In Texas, the jurors have to look at the circumstances from the officer’s point of view, when it happened, to determine if they think that’s reasonable,” Shook added.

Shook said the details of how Price appeared to grab at the Taser is significant, and hopefully it was captured clearly on video for a jury to decide whether or not the shooting was justified.

“If the suspect is aggressive enough to grab a Taser, then the officer may be justified to shoot because he may take his gun or do something else. So I think the body worn camera and maybe the security camera at the store will be able to give us those facts,” he explained. 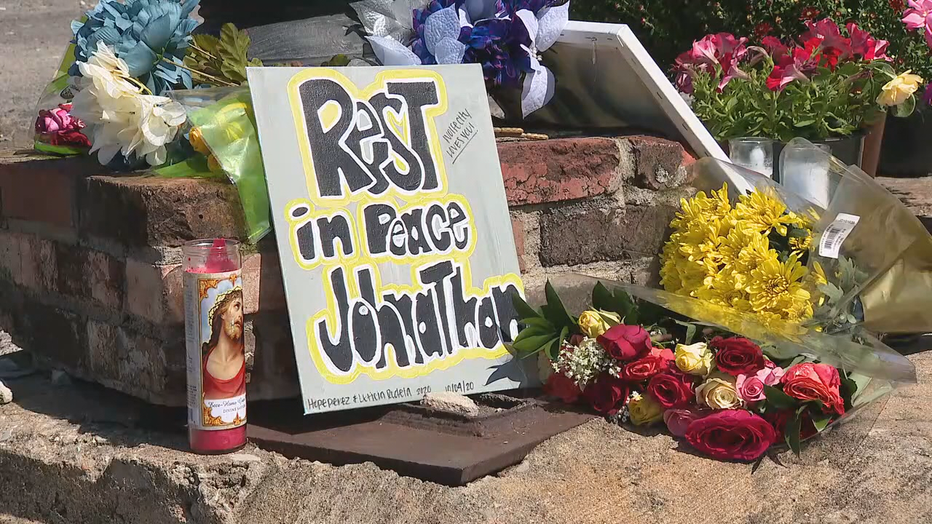 Price’s family has called for investigators to be more transparent. They claim he was just trying to break up a domestic violence fight between a couple outside the gas station.

His mother said she hopes the officer will spend the rest of his life in jail.

“He didn’t have to shoot him,” said Marcella Louise, Price’s mother. “I want to see him have justice and just let him feel the pain that I’m feeling.”

There will be a public visitation for Price on Friday in Greenville. His funeral is Saturday at 11 a.m. at the Wolfe City High School football field.

After being arrested and charged with murder, Lucas was taken to the Hunt County jail. But since he worked there as a jailer, he was moved to the Collin County jail.

His bond was set at $1 million.