A California woman was gored by a bison at Yellowstone National Park, after she approached the animal while attempting to take a photo.

The 72-year-old unnamed woman got within 10 feet of the bison “multiple times” while at her Bridge Bay Campground to take photos before it attacked, the National Park Services wrote in a press release.

The incident happened June 25, less than six weeks after the park reopened to guests following a shutdown due to the coronavirus pandemic.

The park is currently investigating, but Yellowstone’s senior bison biologist Chris Geremia is warning guests to “stay at least 25 yards away” from the wildlife, and to move, run away or find cover if they approach or charge. 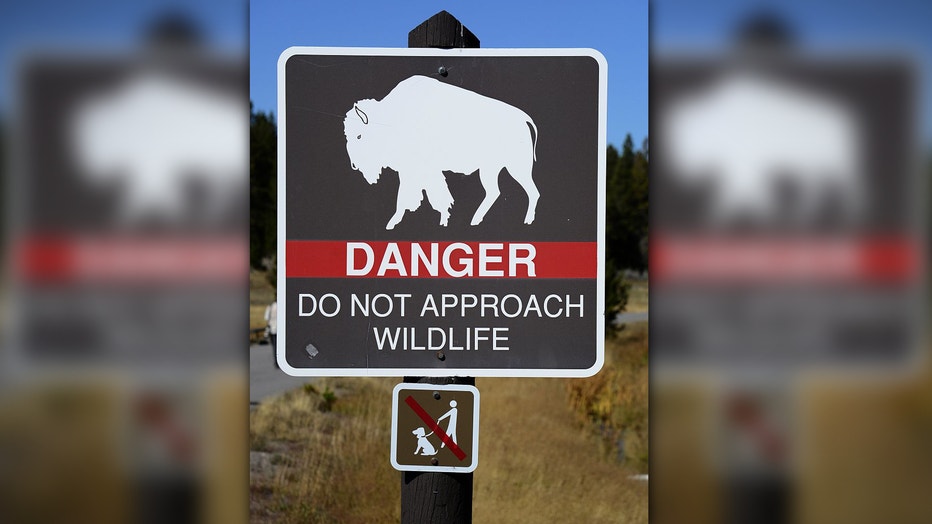 A sign in Yellowstone National Park warns visitors to not approach bison and other wildlife in the park. (Photo by Robert Alexander/Getty Images)

“The series of events that led to the goring suggest the bison was threatened by being repeatedly approached to within 10 feet,” said Geremia in a press release. “Bison are wild animals that respond to threats by displaying aggressive behaviors like pawing the ground, snorting, bobbing their head, bellowing, and raising their tail.

This is not the first injury since the park reopened. Two days after Yellowstone welcomed back guests, a visitor was injured by a bison after also approaching the wild animal too closely.

The woman was reportedly “knocked to the ground and injured” by the bison in the Old Faithful Upper Geyser Basin after getting within 25 yards of the animal.

In addition to keeping yourself safe by maintain distance from the wildlife, the park service is also urging visitors to keep distance from each other as part of its coronavirus safety regulations.