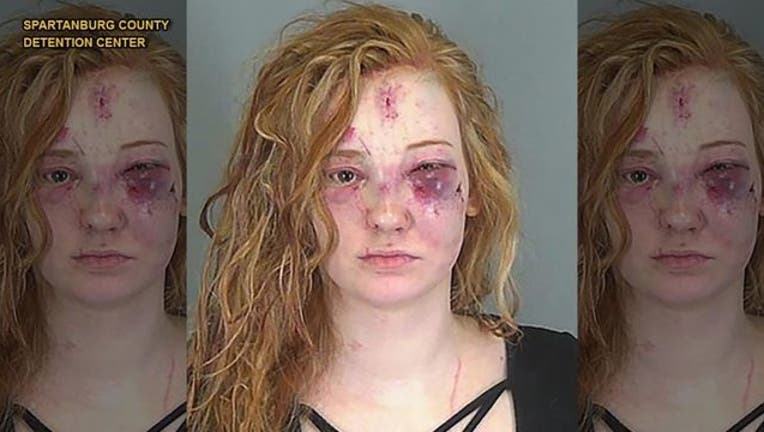 FOX NEWS - A South Carolina woman was arrested last week after she allegedly attacked the girlfriend of her child’s father with a stun gun outside a home, police said.

Savanna Grace White, 22, was arrested in Spartanburg County after a fight with the woman, police said. White was seen in her booking photo with bruises and cuts under both eyes and around her face.

White allegedly drove to the home and got into a fight with a woman and then stunned the woman with a stun gun, WSPA-TV reported Wednesday, citing a police report. The woman was reportedly able to get the stun gun away from White and hold her down until responding deputies arrived at the scene.

A dispatcher handling the 911 call heard a woman say, “I’m going to kill you,” according to WYFF News 4.

The victim in the fight told deputies White had been harassing her and even went to the Spartanburg County Sheriff’s Office earlier in the morning to inquire about a restraining order against White, according to WSPA-TV. White told deputies she needed to check on her child, who was reportedly in the car during the alleged assault.

White was charged with third-degree assault and was booked into the Spartanburg County Detention Center.