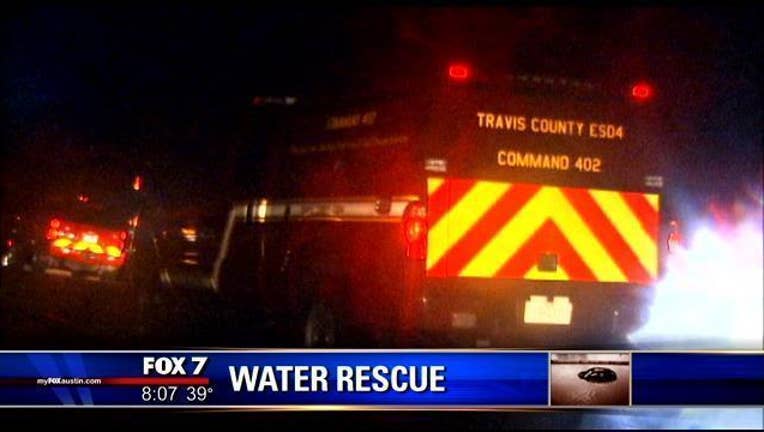 MANOR, Texas - Emergency officials rescue a woman after her car was swept away in flood waters. It happened just before 9:00 p.m. Thursday night in a flooded area near Bitting School Road outside of Manor.

She made it past the first one, where the water was about a foot deep, but ran into trouble at the second crossing, where there was two to three feet of water.

The flood waters swept her car off the road and downstream about 75 yards and her car hit a large tree.

She was able to get out of the car and grab onto a tree branch.

EMS officials say she was stranded for about 10 minutes before crews arrived, including STAR Flight.

They performed what they call a 'hoist rescue' to get to her, sending in a rescue swimmer to hoist her into the helicopter and away from the water.

She was checked out by paramedics at the scene and is expected to be okay.