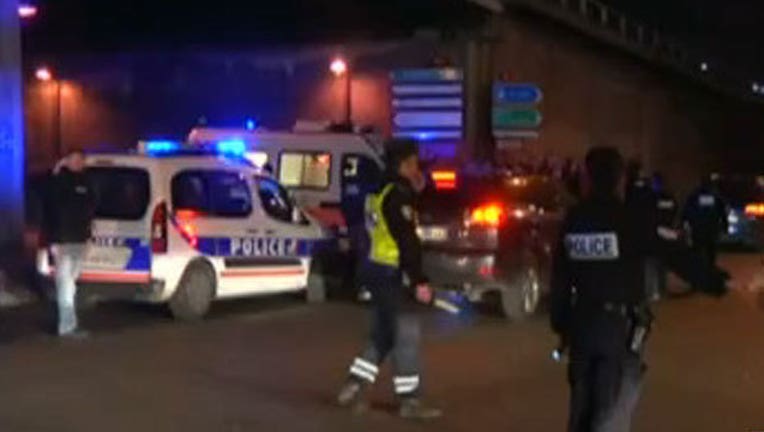 ANTALYA, Turkey (AP) — Pressed for a strong response to the Islamic State group's assault on Paris, the world's top industrial and developing nations are set to outline their coordinated response to what President Barack Obama has described as an "attack on the civilized world."

The leaders of the Group of 20 were wrapping up their two-day summit in Turkey Monday against the backdrop of heavy French bombardment of the Islamic State's stronghold in Syria. The U.S. was expanding its intelligence sharing with the French and helping them identify targets, according to American officials.

Numerous meetings about next steps in Syria and the Islamic State campaign were being held on the sidelines of the summit at the Turkish seaside resort of Antalya.

Obama was to huddle with European leaders from France, Britain, Germany and Italy. French President Francois Hollande skipped the summit to stay home and deal with the aftermath of the attacks, but Foreign Minister Laurent Fabius planned to attend the meeting with the U.S. president.

Putin and Cameron both emphasized the need for joint action against terrorism in the wake of Paris terror attack.

"The latest tragic events in Paris show that we have to unite our efforts in fighting this evil, something we should have done long time ago," Putin said.

Putin launched an air campaign in Syria a month-and-half ago with the Islamic State as the top declared target. The U.S. and its allies, however, have accused Moscow of focusing on other rebel groups in a bid to shore up Syria's leader Bashar Assad, whom the West sees as the main cause of the Syrian conflict and the chief obstacle to peace.

Ahead of the G-20, foreign ministers met in Vienna to discuss a new diplomatic plan to end the Syrian war. The plan appears to be based largely on a Russian proposal that envisions negotiations between Assad's government and opposition groups starting by Jan. 1.

Still, sharp differences over Assad's future and disagreements about what militant groups in Syria should be considered terrorists have dampened hopes for a breakthrough.

The Vienna talks were high on the agenda when Obama and Putin met huddled for about 35 minutes Monday on the sidelines of the G-20.

Obama appeared to take a softer tone with Putin in the talks, noting "the importance of Russia's military efforts" aimed at IS, according to a White House readout of the meeting.

Putin's spokesman, Dmitry Peskov, said Monday it would be "absolutely unrealistic" to expect a brief Obama-Putin meeting to mark a turning point in bilateral ties. "The bilateral relations are as they are. There are differences, but there is understanding that there is no alternative to bilateral dialogue to discuss the existing problems," Peskov told reporters.

Obama also met Sunday with Saudi Arabia's King Salman, another key player in the effort to end the Syrian war. The Saudis have pushed strongly for the ouster of Assad and have funded his foes. Putin is set to have talks Monday with the Saudi king, who is scheduled to visit Moscow soon.

Amid the diplomatic wrangling, the shock over the Paris attacks that killed at least 129 people raised the demand for quick action. The attacks in Paris, along with earlier bombings in Lebanon and Turkey, as well as the downing of a Russian airliner in Egypt, indicated that the Islamic State has grown bold enough to strike a variety of targets far away from its base in Syria and Iraq.

In Turkey, five police officers were injured Sunday when a suicide bomber blew himself up during a police raid on a suspected IS hideout near the Syrian border. Turkish security forces also rounded up 20 suspected IS militants in and around Antalya before the summit.

While U.S. officials said Obama viewed the attacks in France as an act of war, they cautioned he had no plans to overhaul his strategy for dismantling the IS and said he remained staunchly opposed to an American ground war in Syria. Instead, they foreshadowed an expansion of steps the U.S. is already taking, namely airstrikes and train-and-equip missions for rebels inside Syria.

In addition to the violence and instability afflicting much of the world, this year's G-20 agenda also included efforts to hasten global economic growth, with a particular focus on addressing the effects of China's economic slowdown. In a draft of the final G-20 communique obtained by The Associated Press, leaders renewed their goal to grow their collective GDP by another 2 percent by 2018.