LOS ANGELES - College basketball couldn’t give us the Final Four this year, but FOX delivered its final four on Wednesday night’s episode of “The Masked Singer.”

Borrowing a little star power from the sports world, the Rhino was revealed to be Barry Zito, a retired World Series-winning pitcher from the San Francisco Giants.

“When I was playing baseball, I never thought I would have a life after baseball, after retirement,” Zito explained. “My identity was so wrapped up in my performance on the mound. But now that I’ve freed myself of that, I realize how much fun retirement can be, how fun it is to pursue musical endeavors — even this crazy one here on this show.”

Rhino, Night Angel, Frog and Turtle kicked off the night with a collaborative performance of “The Best, which was popularized by Tina Turner.

Rhino put on a show with a rendition of Tim McGraw’s “Humble and Kind,“ but it wasn’t enough to advance to the finals.

Zito revealed that his wife had given birth during the show’s filming, so he flew to Nashville to be with her for a little while.

“It was a whirlwind,” Zito said. “Trying to learn the song ‘Humble and Kind’ while I was sleep deprived, sleeping on a couch in a hospital with a newborn on my chest was probably as hard as it gets.” 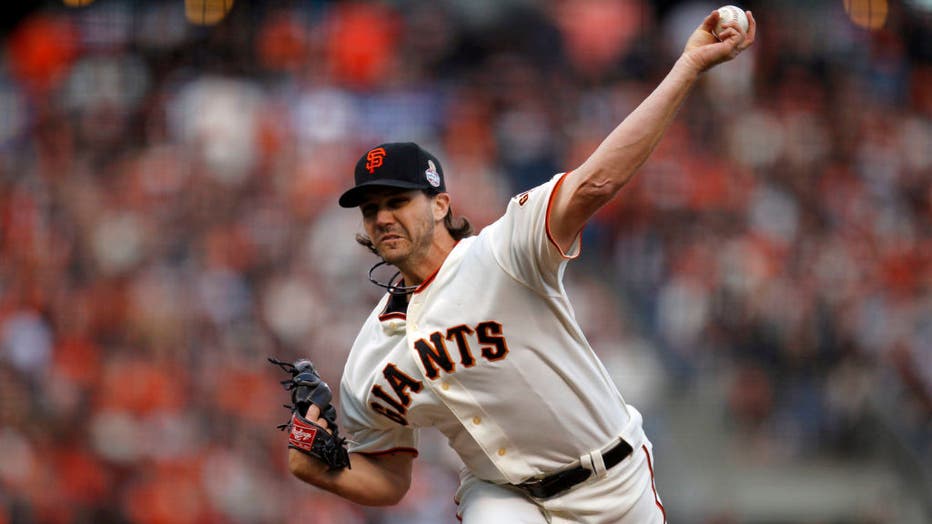 Barry Zito of the San Francisco Giants pitches against the Detroit Tigers in Game 1 of the 2012 World Series on Wednesday Oct. 24, 2012 in San Francisco. (Nhat V. Meyer/Staff) (Photo by MediaNews Group/Bay Area News via Getty Images)

In his playing days, Zito was known for his excellent curveball. But the clues he offered up to the panel were pretty straightforward.

“A literal (glass) pitcher, a diamond, a cutter and a slider, a bass guitar, a bass clef, south on my paw for southpaw, bunting — because I was a great bunter. Let’s be honest,” Zito said.

Ken Jeong, who is regularly way off with his predictions, correctly guessed it was Zito donning the Rhino suit. Jenny McCarthy also guessed Zito.

Nicole Scherzinger thought Rhino would be country artist Jason Aldean, which flattered Zito that someone would think he’s a country star.

Panelists had detected a southern “twang“ in Rhino’s voice, which perplexed Zito a bit.

“It’s funny because I’m from Southern California, but they keep talking about my twang,” Zito said. “But maybe I’m just picking it up being in Nashville.”

Night Angel, Frog and Turtle will compete in next week’s two-night season finale. “Road to the Finals” airs on May 19 and “The Grand Finale” airs on May 20.