One family says their 8-year-old dog, Marley, helped fight off a knife-wielding intruder inside their Wyllie home early Friday morning.

WYLIE, Texas - A nightmare for one Wylie family, as a father fought off a knife-wielding intruder. The mother was protecting the kids, all while the dog did her part to protect everyone.

Amber and Taylor Newsom said they’ll do anything to protect their kids, 6-year-old Finley and 4-year-old Sadie.

It’s their 8-year-old dog, Marley, however, who helped fight off a knife-wielding intruder inside their Wyllie home early Friday morning.

"She’s our hero. If it hadn’t been for her, that guy could’ve gone to their rooms or something," the Newsoms said. "Yeah, I mean, the story plays out very differently if Marley’s not there." 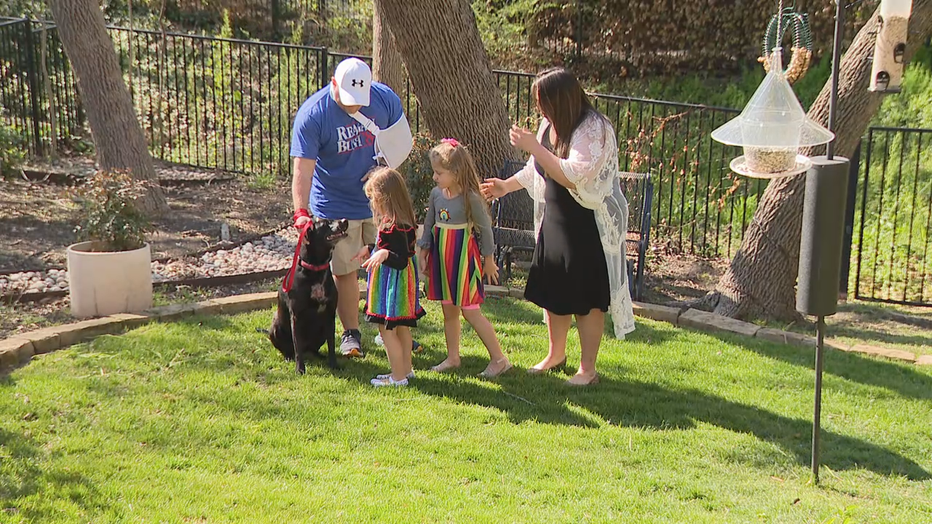 The Newsom family was getting ready for bed, when they heard Marley making noise. They checked on her.

"Well, it was pitch black, so we couldn’t see anything, only could hear Marley," Amber recalled. "And once he flipped the hall light on, we realized that the guy was holed up in the corner trying to hide."

Police said "the guy" was 53-year-old Thong Pham, and he had a knife. 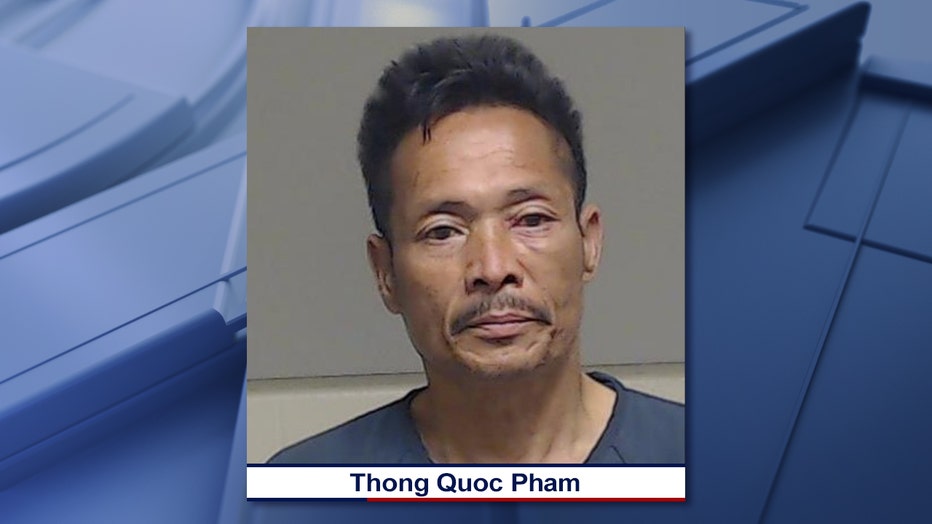 RELATED: Man and his dog injured during home invasion in Wylie

The family admits they forgot to lock their back door and that’s where he entered, but Marley was quick to alert.

"So I think he got to the front door and realized I can’t get out, and by that point in time, Marley’s got him cornered," Taylor said.

Taylor said Pham slashed Marley with the knife, and he was stabbed in the arm.

"And as I pulled back, blood shot out of my arm," he said.

But he fought back, while Marley bit back.

All this happened as Amber was protecting their kids.

"But it was really hard because I was trying to make sure that my husband wasn’t going to die," she said.

"When he realized that the two girls were in the house. That’s when he kind of backed up and started running," Amber said.

When Pham ran away, Amber dialed 911.

Wylie police said Pham was found hiding alongside a creek and later arrested.

A bizarre series of events leaving questions as to what Pham was trying to accomplish. The Newsom children are scarred from the home intruder.

They’re now staying at a relative’s home. The Newsoms said there was so much blood from the stabbings, they’ve had to throw away stained furniture and re-paint walls.

"So we’ve got a lot to think about and a lot to do before we’re comfortable going back to our own home," they explained.

Looking back, they believe this story’s ending would be worse had it not been for Marley.

"She loves those girls. She loves us," Amber said.

Pham is charged with aggravated assault with a deadly weapon and cruelty to an animal. Records show he lives in Garland. He has a record of criminal charges ranging from assault to burglary.