Wylie High School Principal Virdie Montgomery traveled more than 800 miles in 12 days to stop by the house of every one of his graduating seniors -- all 612 of them.

WYLIE, Texas - A suburban high school principal went on a mission to visit every graduating senior – all 612 of them.

Wylie High School Principal Virdie Montgomery traveled more than 800 miles in 12 days to stop by the home of each senior at his school.

“In my head when I first decided to do it I thought I could do it in a couple or three days. But after that first day it was obvious this was going to be a longer deal than I anticipated,” he said. 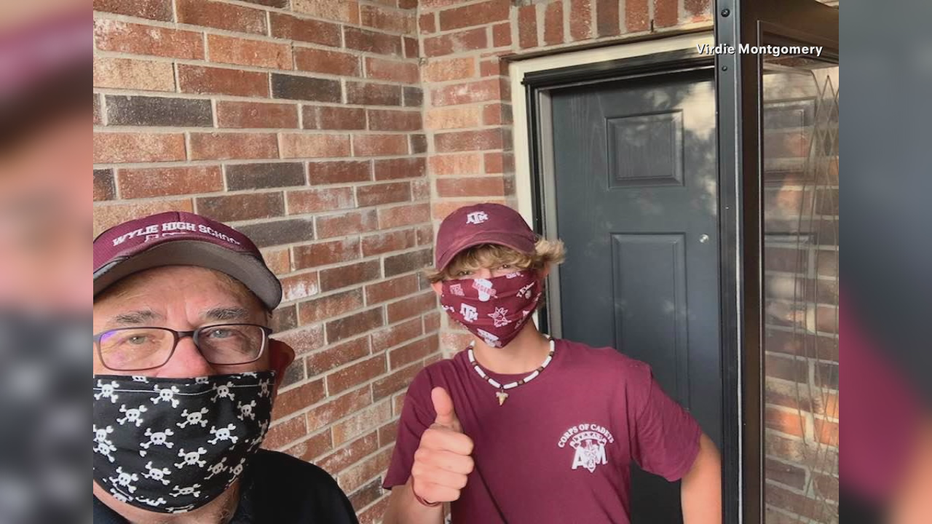 Principal Montgomery gave the students each a candy bar, along with a corny joke.

“Whenever the kids would come to the door I would say, “Things aren’t really happy at Wylie High School right now because you guys aren’t there. But one of these days we’re going to look back on this and we’re going to snicker about it,’” he said. “We’d have a moment and then we’d go about our business. It was pretty cool thing but you just hoped the joke didn’t get around before you finished it.”

The principal said the effort was more for his sake than for the students. Normally he likes to call a senior meeting before graduation.

“You know, they’re doing a great job with the online learning. They’re taking care of business. And normally I would meet with them three, four or five times before we get to graduation. And I said, ‘The next time I see you it might even be at graduation.’ So I just felt like I needed to do something else,” he said. 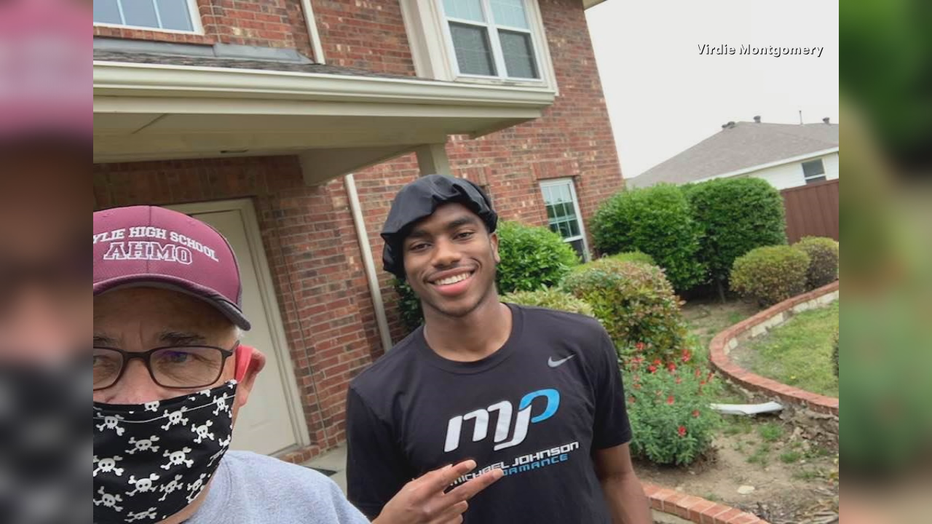 Principal Montgomery also put all of the seniors’ graduation photos out in front of him on the gym floor and delivered a speech that was later posted on social media. He wanted the students to know he loves them, cares for them and believes they are ready for what the world has for them.

“It’s a speech that I look forward to every year and I don’t look forward to it because I hate losing seniors. I mean, you’ve spent four years with them and you’ve seen them go through everything that they go through good and bad. And that speech for me, I just didn’t want to miss it,” he said.

Over the years, he has received national recognition for going above and beyond what is required of a high school principal. Principal Montgomery said his students know that’s just the type of principal he is.

“I do what I do because I love kids and we’re trying to make 2,800 kids a family,” he said. “Every once and a while somebody will catch something and think it’s different. I don’t know. It’s just what I do.” 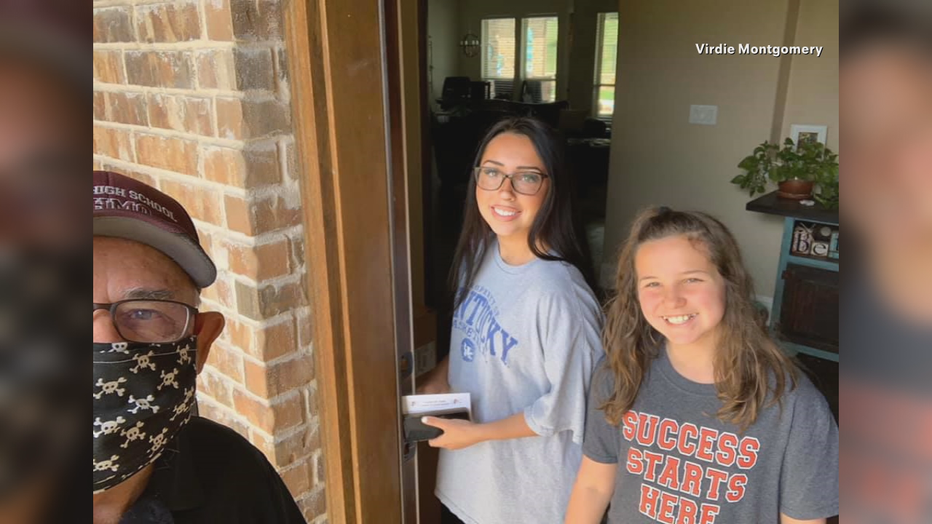 The educator of 43 years knows the coronavirus pandemic will change schools forever. But it’s not over yet and he’s not sure what will come out of it.

“I’ve seen so many changes over the years but there are very few things that change that just have an impact from now own. I think this is going to be one of those things,” he said.