1st US monkeypox case confirmed for 2022

A case of monkeypox in the U.S. was confirmed out of Massachusetts on Wednesday. This is the first case reported in the U.S. this year.

After a spate of rare monkeypox cases reported in Europe, the first case of monkeypox in the United States was confirmed out of Massachusetts on Wednesday, according to a news release from the Massachusetts Department of Public Health.

The patient in Massachusetts was identified as an adult male who recently returned home from his travels in Canada, according to health officials.

There is no threat to the public and the infected individual is hospitalized and in good condition, according to the state’s health department.

Monkeypox belongs to a family of viruses that includes smallpox. Most people recover from monkeypox within weeks, but the World Health Organization said that the disease is fatal for up to one in 10 people. 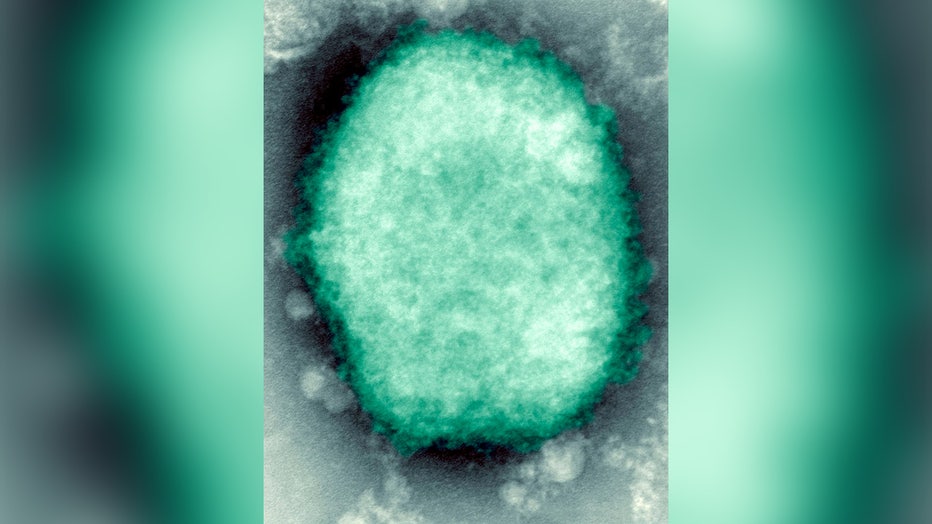 Last year, there were two cases of monkeypox reported in the U.S., out of Texas and Maryland. Both patients had returned from travels to Nigeria before their diagnosis.

Monkeypox symptoms often include fever, aches, swollen lymph nodes, chills and exhaustion, much like a cold or the flu, according to the Centers for Disease Control and Prevention.

If allowed to progress without a healthcare professional’s intervention, monkeypox will start to manifest itself in the form of lesions all over the body.

A vaccine developed against smallpox has been approved for monkeypox, and several anti-virals also appear to be effective.

Sporadic cases of monkeypox have been seen previously in countries including Britain and the U.S., but nearly all have been in people who were likely infected during their travels in Africa.

Portugal's General Directorate for Health said they were also investigating 15 suspected cases and that all were identified this month in the area around the capital, Lisbon.

All the Portuguese cases involve men, most of them young, authorities said. They have skin lesions and were reported to be in stable condition. Authorities did not say if the men had a history of travel to Africa or any links with recent cases in Britain or elsewhere.

British health authorities said Wednesday they had identified two new cases of monkeypox, one in London and another in southeast England. They said neither case had previously traveled to Africa and that it was possible they were infected in the U.K. The cases had no known links to other previously confirmed patients, suggesting there may be multiple chains of monkeypox transmission already happening in the country.

Dr. Susan Hopkins, chief medical adviser of Britain’s Health Security Agency said the latest cases, alongside the other infections reported in Europe, "confirms our initial concerns that there could be spread of monkeypox within our communities."

The agency said recent cases had been seen "predominantly in gay, bisexual or men who have sex with men," although it noted it was unclear how exactly people had been infected.

Monkeypox has not previously been documented to have spread through sex, but can be transmitted through close contact with infected people, their clothing or bedsheets.

Earlier this week the U.K. agency reported four cases of monkeypox they said had been spread among gay and bisexual men in London. The agency said the risk to the general population "remains low."

What is monkeypox and what are the symptoms?

Massachusetts reported a case of monkeypox in a man who recently traveled to Canada on May 18, 2022. FOX Medical Team correspondent Dr. Mike Cirigliano discusses the rare virus.

Health authorities in Spain’s central Madrid region said late on Wednesday that they were assessing 23 possible cases of monkeypox. They noted that all of the suspected cases are young men and that the majority of them had sex with other men.

Britain had previously reported three earlier cases of monkeypox, two involving people who lived in the same household and the third someone who had traveled to Nigeria, where the disease occurs frequently in animals.

The virus has typically spread to people from infected animals like rodents, although human-to-human transmission has been known to occur.

Some British experts said it was soon to conclude that monkeypox had spread through sexual contact, although the outbreak there suggested that possibility.

"The recent cases suggest a potentially novel means of spread," Neil Mabbott, a disease expert at the University of Edinburgh, said, adding that related viruses were known to spread via sex.