Police arrested 34-year-old Louis Garcia on June 16 for outstanding warrants while he was walking toward the area of Zilker Park. At the time of his arrest, police say Garcia had a .22 caliber rifle and ammunition.

AUSTIN, Texas - The Austin Police Department says it has arrested a man who was involved in a shooting incident near Zilker Park, and who allegedly was planning to commit a mass shooting.

Police arrested 34-year-old Louis Garcia on June 16 for outstanding warrants while he was walking toward the area of Zilker Park. At the time of his arrest, police say Garcia had a .22 caliber rifle and ammunition.

Garcia's arrest came after APD was informed on June 15 that Garcia was planning on committing a mass shooting. That same day, police had obtained two warrants for aggravated assault with a deadly weapon in connection to a June 12 incident that involved Garcia.

An arrest affidavit says on June 12 an Austin police officer responded to a gun urgent call in the 600 block of Azie Morton Road around 9 p.m. at the park where three people flagged down the officer and told them a man had pointed a firearm at them, threatened them and fired at their friend's vehicle.

One of the victims said she was attending a Sunday drum circle at Zilker Park for the last year and has usually seen the man, later identified as Garcia, there as well. She told the officer Garcia had started talking with her on Facebook Messenger, but as the conversation went on, she declined to hang out or talk with him, says the affidavit.

She told the officer he had responded by sending her a photo of a gun and calling her a racist. She said that day after they left the drum circle, they walked to the parking lot and were standing around with some friends near their vehicle, according to the affidavit. 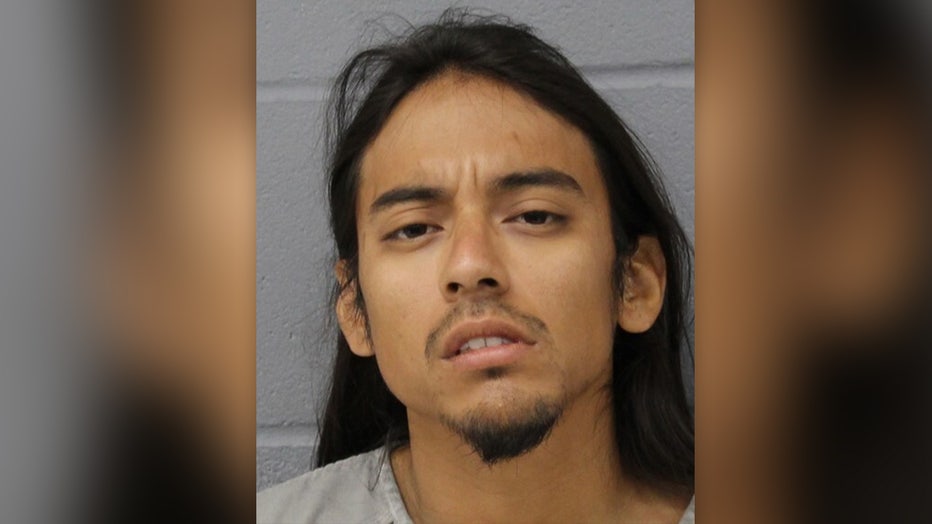 Booking photo of Louis Garcia. 34-year-old Garcia was arrested after a shooting incident near Zilker Park and allegedly was planning to commit a mass shooting. (Austin Police Department)

She said Garcia, who appeared intoxicated, approached them holding a gun, described as possibly a small .22 rifle with a long barrel and a sawed-off stock and possibly a suppressor on the barrel, and acting verbally aggressive, says the affidavit.

She said she had been standing behind her friend's open driver's door when Garcia approached them. Her friend attempted to calm him down, but he responded aggressively, then fired one round into the exterior of the door. He then approached her and her friend, pointing the gun in their faces and pushing the driver door closed, says the affidavit.

Another victim said he got about two-and-a-half feet away from her and swung the back of the gun towards her face in an attempt to "pistol whip" her, but she was able to step back. The affidavit says that the friends ran away from Garcia and the other group drove away in the damaged vehicle.

When they went back to the area after Garcia left, they had found his wallet with his Texas ID on the ground, telling the officer that the photo on the ID was indeed Garcia, but that he was now skinnier and had longer hair, says the affidavit.

APD also stated in the affidavit that they had received an anonymous tip three days later that someone identified as Garcia was planning to commit a mass shooting during the next Sunday drum circle.

A previous version of this article incorrectly identified the suspect as Joel Louis Garza.