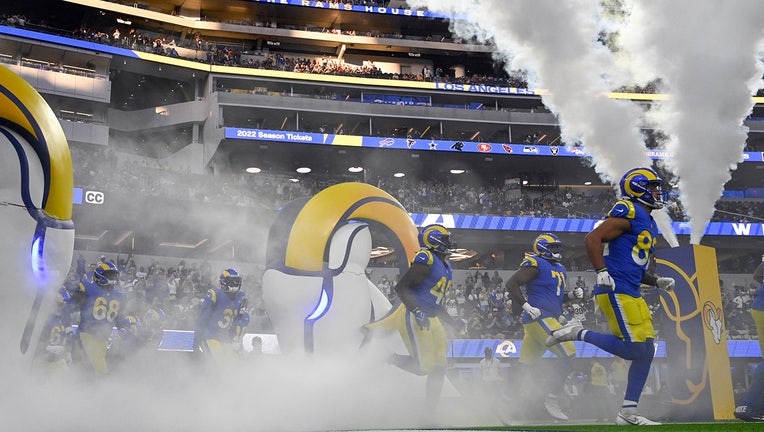 NFL football returns on Thursday, kicking off with the possible Super Bowl preview of Buffalo at Los Angeles. If you’d like to see last year’s champs start their title defense in person, it’ll cost you – but maybe not as much as you think.

FOX TV analyzed NFL-authorized resale tickets for each Week 1 game to find the cheapest and most expensive single ticket still available through reseller website SeatGeek. As of midday Wednesday, those prices range from $22 on the low end to over $3,000 on the priciest side.

That Thursday night game between the Bills and Rams at SoFi Stadium is, not surprisingly, among the most expensive. The highest priced ticket available tops out at $2,111 – a midfield VIP experience that includes all-inclusive dining and other perks. Meanwhile, the cheapest ticket for that game is $119 for a seat two rows from the very top corner of the stadium. 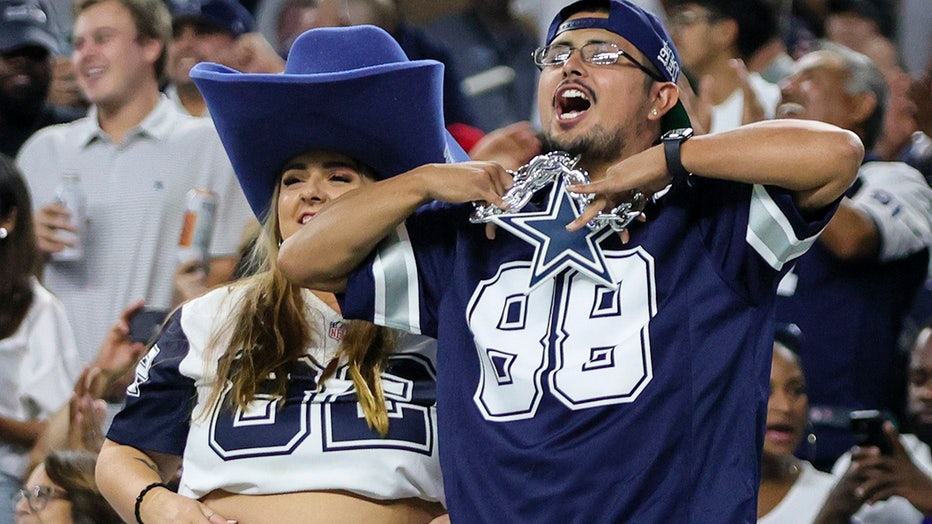 Dallas Cowboys fans cheer on their team during the game between the Dallas Cowboys and the Seattle Seahawks on August 26, 2022 at AT&T Stadium in Arlington, Texas. (Photo by Matthew Pearce/Icon Sportswire via Getty Images)

The most expensive ticket for any game available on SeatGeek is from another high-profile matchup, the Buccaneers at the Cowboys on Sunday night. For $3,125, you could be three rows back from Tom Brady and the Bucs’ sideline at AT&T Stadium.  But if you’re OK with standing-room-only "seats," you can get in for $67.

If you don’t have a lot to spend, head down Interstate 45 to Houston. For just $22, you can get an upper-corner spot in NRG Stadium to see the Texans take on the Colts – SeatGeek’s cheapest single seat available anywhere in the NFL this week.

That matchup also features the lowest high-priced ticket; you won’t have to spend more than $301 to sit one row back from the Texans’ bench at midfield. 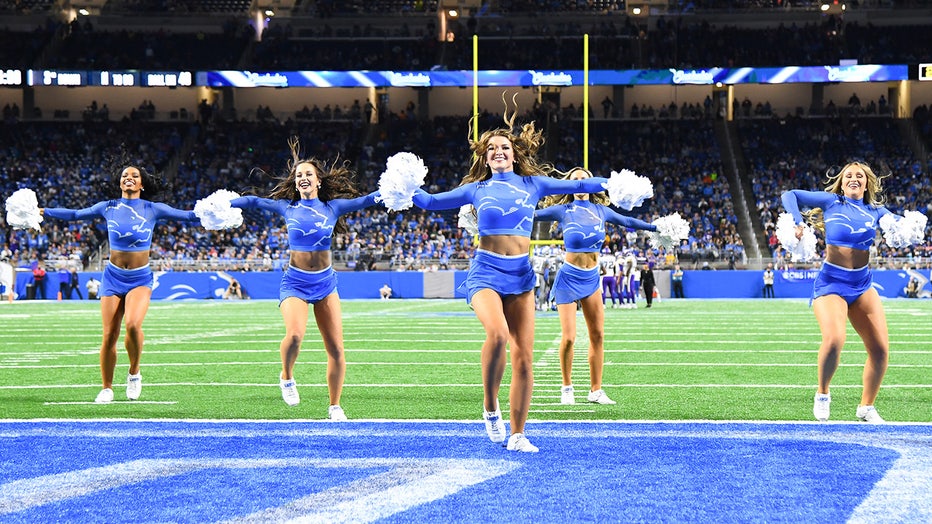 The Detroit Lions Cheerleaders perform during the game between the Detroit Lions and the Minnesota Vikings on Sunday December 5, 2021 at Ford Field in Detroit, MI. (Photo by Steven King/Icon Sportswire via Getty Images)

Here’s the full rundown of seat prices for this week’s games: