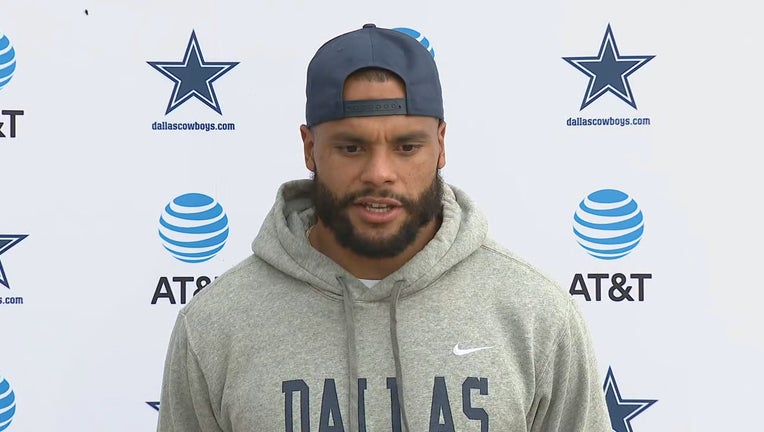 FRISCO, Texas - The Dallas Cowboys will play their first home game of the season against the Philadelphia Eagles on Monday night, with the winner taking an early lead in the division.

The rivalry returns to AT&T Stadium on national TV as the Dallas defense has shown some signs of improvement after a miserable 2020 season. But they will be down six players for the game.

The offense has looked sharp but is still trying to find some rhythm.

Quarterback Dak Prescott will play in front of a home crowd for the first time since the ankle injury ended his season last October.

"The last time I played was in front of our home crowd. But to just get out there and do it again at AT&T, I think it will be fun. As I said, I'll take a moment. I won't take anything for granted. And yes, all the boxes are checked (with his recovery) and just ready to go out here and get a win," he said.

He said support from fans has helped him recover.

"I think it will be more special because of the amount of Cowboys fans that will be there versus the away games. I mean, obviously the first two they traveled great and felt the energy and felt that just knowing that the support they've given me this past going on a year. It was important and something that I felt," he said.

At halftime, three Cowboys legends will receive their Pro Football Hall of Fame rings. Drew Pearson, Cliff Harris and Jimmy Johnson were all inducted into the Hall earlier this year.