Verlander made the announcement to his Instagram followers on Saturday, Sept. 19. 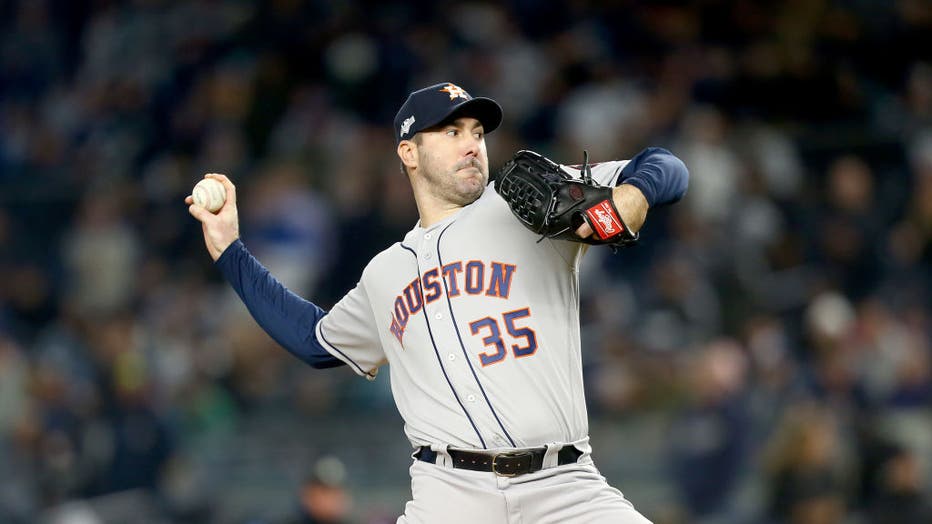 NEW YORK, NEW YORK - OCTOBER 18: Justin Verlander #35 of the Houston Astros throws a pitch against the New York Yankees during the first inning in game five of the American League Championship Series at Yankee Stadium on October 18, 2019 in New York

"In my simulated game a couple of days ago I felt something in my elbow, and after looking at the MRI and conversing with some of the best doctors in the world, we’ve determined that Tommy John surgery is my best option."

RELATED: THE LATEST WITH THE HOUSTON ASTROS

Verlander, 37, hasn't pitched since his season debut on July 24 but is ending his season 1-0 in his lone start.

The right-hander is determined to not let this injury get the best of him and return with the Astros stronger than ever.