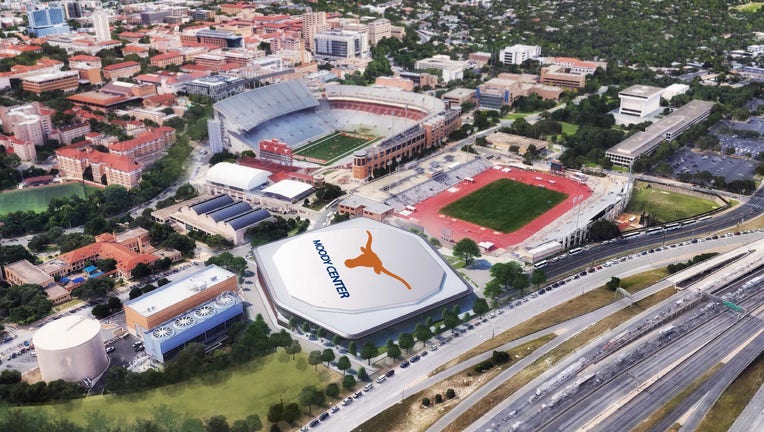 Rendering of the new Moody Center at UT Austin. (University of Texas at Austin)

AUSTIN, Texas - The University of Texas at Austin's new basketball arena and events center will be named the Moody Center, according to the University.

The name comes in honor of a $130 million dollar grant given to the University from the Moody Foundation. The foundation has a history of generously supporting universities, libraries, museums, and hospitals across Texas for the past 75 years.

"The grant to support Texas Athletics is the single largest gift from a foundation in the university’s history and brings to more than $200 million the donations to UT Austin from the Galveston-based foundation," the University said in a press release.

The Moody Center will be replacing the Frank C. Erwin Jr. Center that has been around for 42 years. The arena will have 10,000 seats for spectators to enjoy Longhorn men and women's basketball games when it first opens. The arena is designed to expand to 15,000 seats and will be a "world-class venue for touring concerts and shows." the University said in a press release.

“When the Moody Center opens, it will be the finest college basketball arena in the country, hands down, as well as an unbelievable concert and entertainment venue for the entire city of Austin,” Vice President and Director of Athletics Chris Del Conte said.

The Moody Center is expected to open in 2022 and a groundbreaking ceremony will take place on December 3rd at the site of the arena south of the Mike A Myers Stadium.

Click here for more University of Texas news and updates.