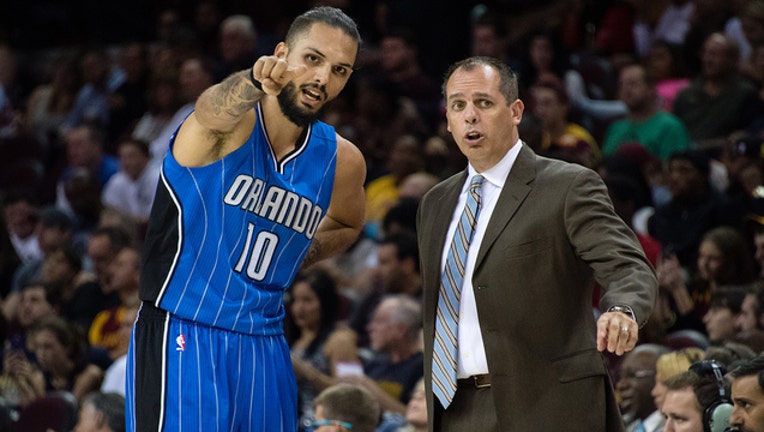 Evan Fournier talks with head coach Frank Vogel of the Orlando Magic during the first half of a preseason game at Quicken Loans Arena on October 5, 2016 in Cleveland, Ohio. (Photo by Jason Miller/Getty Images)

Orlando, Fla. (WOFL FOX 35) - The Orlando Magic have fired Frank Vogel after just two seasons with the NBA franchise.  Vogel was named the Magic’s 13th head coach on May 20, 2016.

The firing was announced Thursday morning, the day after the NBA season ended. It was the second firing so far in the offseason, following the Knicks' dismissal of Jeff Hornacek.

“This took the whole year to evaluate, and as we factored everything into our path, this was the direction we wanted to go,” said President of Basketball Operations Jeff Weltman, during a news conference on Thursday afternoon.  "We took the whole year. There was no ‘a-ha’ moment," he added.