A spokesperson for the People for the Ethical Treatment of Animals called the term pet.

NEW YORK - If the People for the Ethical Treatment of Animals (PETA) gets its wish, you’ll no longer hear baseball players, managers, announcers or fans refer to the area used by relief pitchers to warm up as the bullpen.

PETA released a call to action Thursday, asking for Major League Baseball to "strikeout the word ‘bullpen’" and replace it with "a more modern, animal-friendly term" like "arm barn."

Bullpens may just be warm-up areas in baseball, but in slaughterhouses, they are where cattle often spend their final moments, according to PETA. 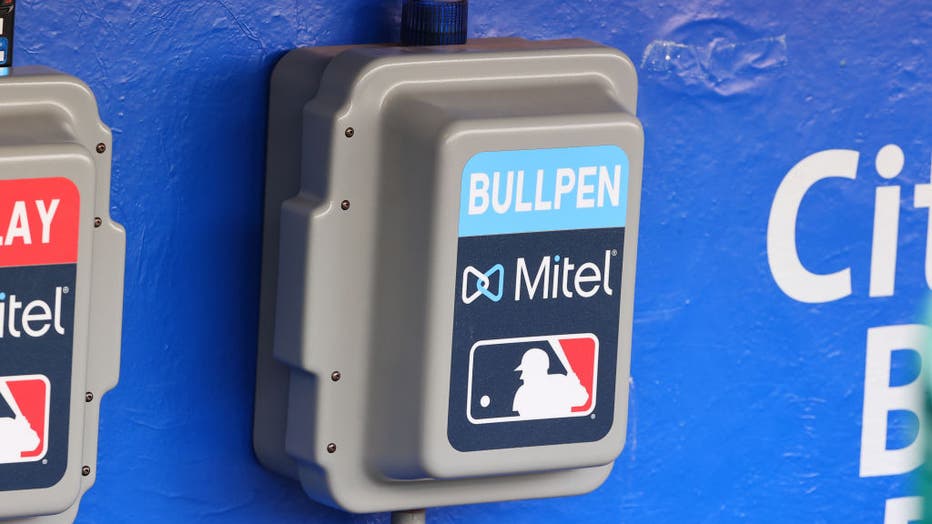 A general view of the bullpen phone in the dugout prior to the Major League Baseball game between the Philadelphia Phillies and the Los Angeles Dodgers on Aug. 10, 2021, at Citizens Bank Park in Philadelphia PA. (Photo by Rich Graessle/Icon Sportswir

"Cows are hung upside down and their throats are slit in the meat industry, while in rodeos, gentle bulls are tormented into kicking and bucking by being electro-shocked or prodded — all are typically held in a ‘bullpen’ while they await their cruel fate," PETA explained.

It’s not the first time PETA has asked society to review phrases ordinarily deemed harmless. The organization keeps a running list of animal-friendly idioms that can be used to replace language it deems harmful.

And why say "beat a dead horse" when you can say "feed a fed horse," PETA asked.