Jay Litherland made it a 1-2 finish for the powerhouse U.S. team, rallying on the freestyle leg to take the silver. Brendon Smith of Australia claimed the bronze.

"It’s unbelievable that I can be here," Yang said through an interpreter. "I was really nervous. The competition was really tight, but I’m so happy that I could win."

RELATED: Tokyo Olympics: Who to watch on Team USA

It’s early, but China sits atop the medal tally with three golds and one bronze. Their neighbor to the east has also been early to the podium.

Japan has a gold and a silver medal. The first gold for the host nation came in judo when Naohisa Takato beat Taiwan’s Yang Yung-wei in the men’s 60-kilogram final. 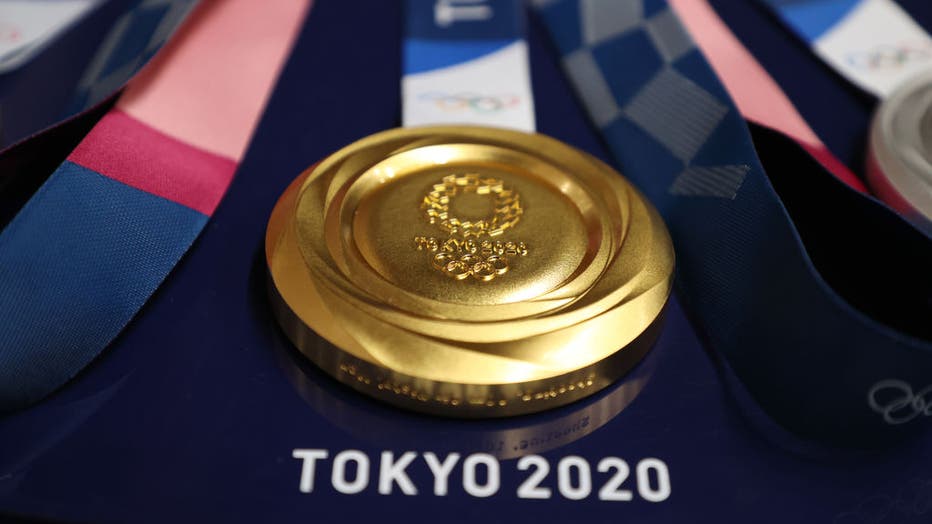 The Gold Medal for the 10m Air Pistol Men's event on day one of the Tokyo 2020 Olympic Games at Asaka Shooting Range on July 24, 2021 in Asaka, Saitama, Japan. (Photo by Kevin C. Cox/Getty Images)

Saturday’s agenda features competitions in 23 sports. Medals are to be awarded in the following seven:

So far, 10 countries have earned gold medals and 28 have earned medals of any kind. The United States, the all-time medal count leader in Summer Olympic games, did not win a medal Saturday. It marks the first time the Americans have missed out on opening-day medals in 50 years.

Even so, the U.S. will have plenty of chances to climb to the top of the table. Team USA consists of 613 athletes and they will be competing in 36 events.