On Tuesday, a strong solar flare erupted from the sun, sending energy across the galaxy, which made for spectacular imagery of the invisible light.

NASA's Solar Dynamic Observatory captured the moments around the peak at 9:55 a.m. ET. 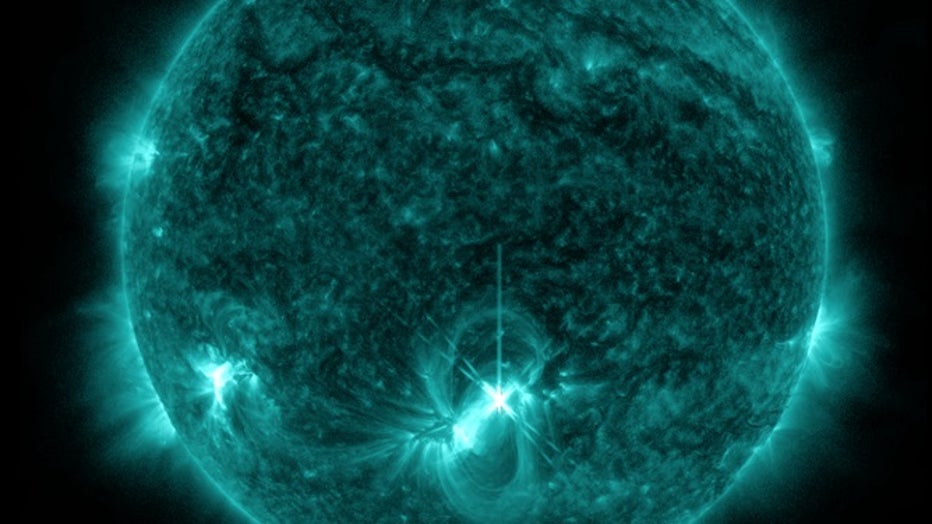 The space agency says that the flare was classified as an X-class flare, denoting the most intense flare.

X MARKS THE (SUN)SPOT: HERE IS HOW NASA RATES THE STRENGTH OF SOLAR FLARES

"The flare was rather impulsive, so any high frequency (HF) communication impacts were likely short-lived and restricted to the sunlit side of Earth at the time of the flare – which was much of the Atlantic Ocean, portions of eastern North and South America, and western Africa and Europe," the Space Weather Prediction Center said. "The source region for the flare was NOAA/SWPC Region 3006 – a moderately complex spot group in the southern solar hemisphere. Radio signatures associated with potential coronal mass ejections (CME) were observed and reported by the USAF with this activity – so a CME may be likely with this event." 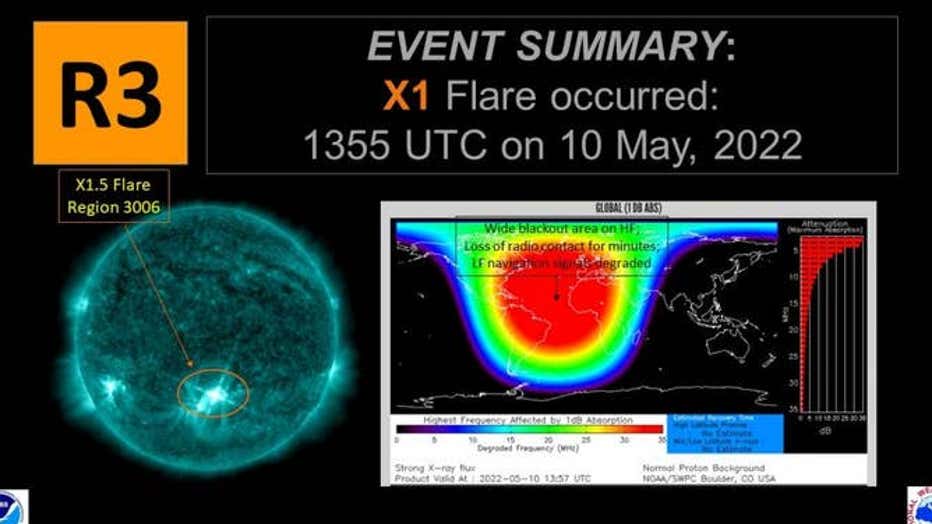 According to NOAA's classification system, X-class flares are the biggest flares based on their strength.

The flares are denoted by a letter either A, B, C, M or X. The smallest ones are A-class, and each letter represents a 10-fold increase in energy output.

NASA says that the biggest X-class flares are by far the largest explosions in the solar system and are awesome to watch. Loops tens of times the size of Earth leap up off the sun's surface when the sun's magnetic fields cross over each other and reconnect. This reconnection process can produce as much energy as a billion hydrogen bombs in the biggest events.