Tracking the Tropics: May 17

ORLANDO, Fla. - The 2020 Atlantic Hurricane Season is underway before its official start on June 1.

It is said to be moving with top sustained winds of 45 mph and to the north-northeast at 9 mph. FOX 35 meteorologist Mike Linden said that the storm has gained some steam overnight, looking more organized on Sunday morning. It is still unclear if it will become a category 1 hurricane though. 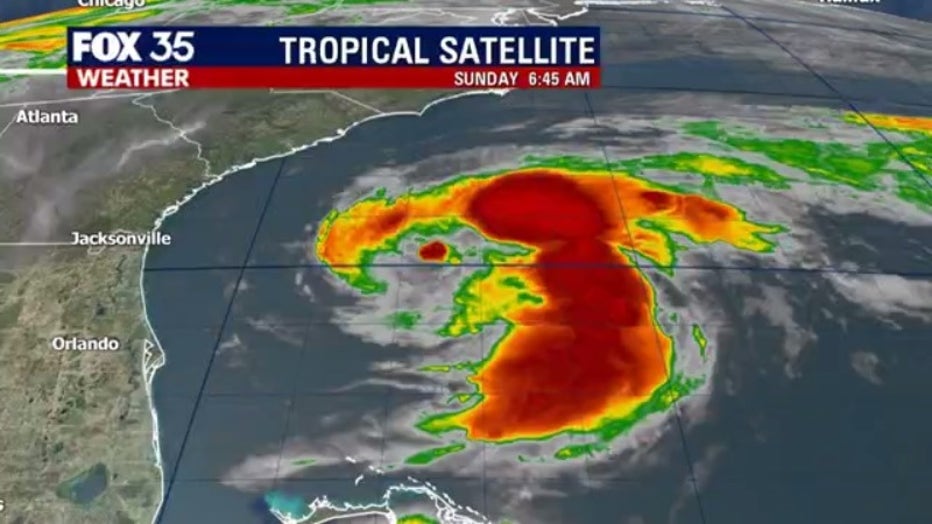 Arthur comes about two weeks before the 2020 Atlantic hurricane season begins, making it the sixth straight year that a named storm developed before the season's official start.

Forecasters said that they do not believe Arthur will make landfall in the United States. It is expected to turn toward the northeast during the next 24 to 48 hours, the NHC says. By Tuesday, it will have turned away from the U.S. East Coast.

However, Tropical Storm Arthur will still impact states along the coast, including Florida. 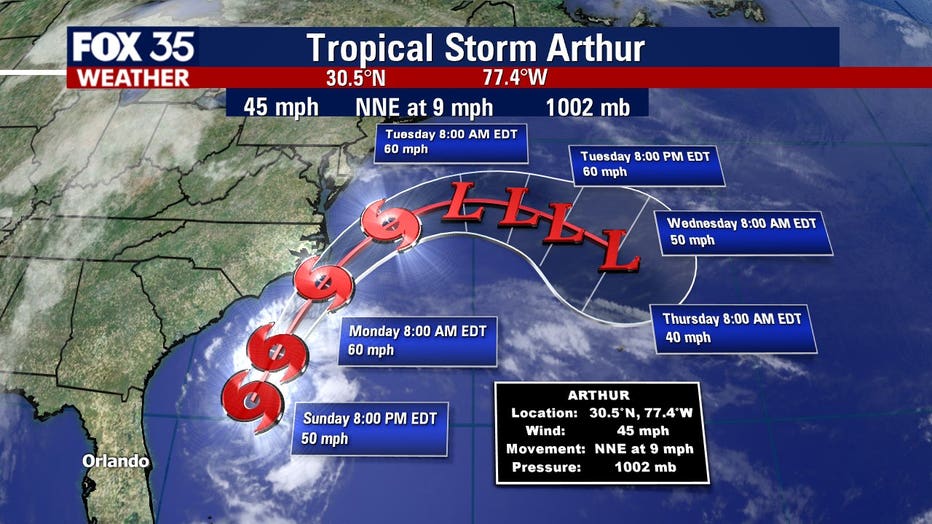 A tropical storm warning was issued for parts of North Carolina’s coast, from Surf City to Duck, including Pamlico and Albemarle Sounds. It is expected to impact that area on Monday before turning further into the Atlantic. The National Weather Service said eastern North Carolina should prepare for some localized flooding and dangerous marine conditions along the coast.

Dangerous coastal surf conditions and rip currents are expected to spread northward from Florida to the mid-Atlantic states during the next few days. Dangerous rip tides and larger swells could hit the coast.

FOX 35 meteorologist Mike Linden has the latest on the weather in Central Florida.

On Sunday, pop-up thunderstorms could follow behind Arthur with more storms coming in from the west. Then an incoming cold front could bring heavy downpours and strong gusty winds starting Monday afternoon and into the overnight period of Tuesday morning. 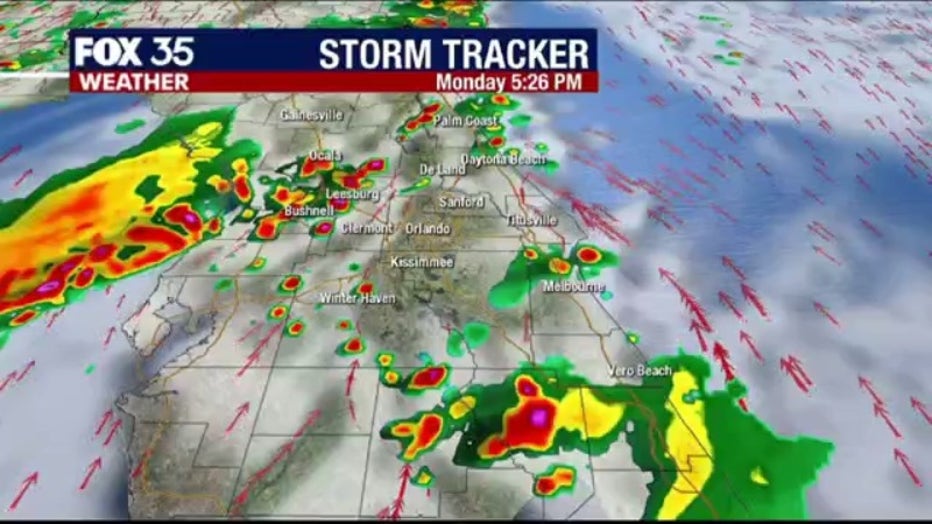 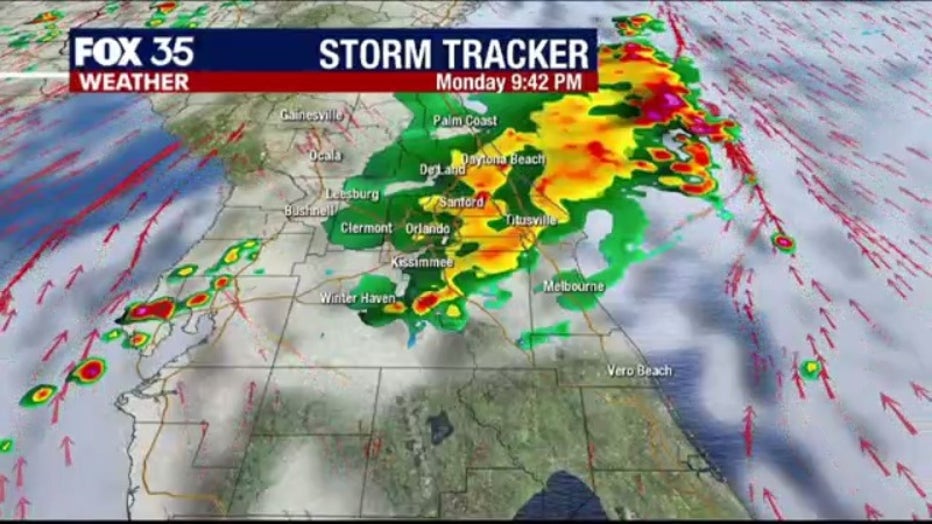 This will kick off an active pattern as much of the rest of the work week will be rainy. 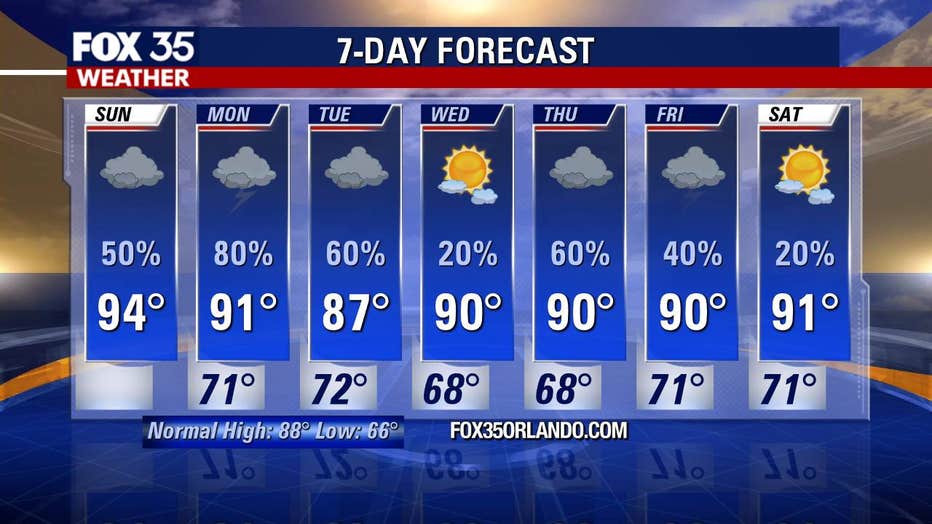 Download the FOX 35 Weather app to track Tropical Storm Arthur as it moves up the eastern coast of the United States. Our meteorologists will provide multiple tropic updates throughout the day and more.