Danielle weakened to a tropical storm on Saturday but is expected to re-strengthen a little during the next few days.

Danielle weakened to a tropical storm on Saturday but is expected to re-strengthen a little during the next few days.

While it is unknown why the storm has weakened, one possibility is that the slow motion has allowed the cyclone to upwell cold water underneath it.

As of 11 a.m. Eastern, Tropical Storm Danielle was located about 325 miles west of the Azores, moving at 2 mph. 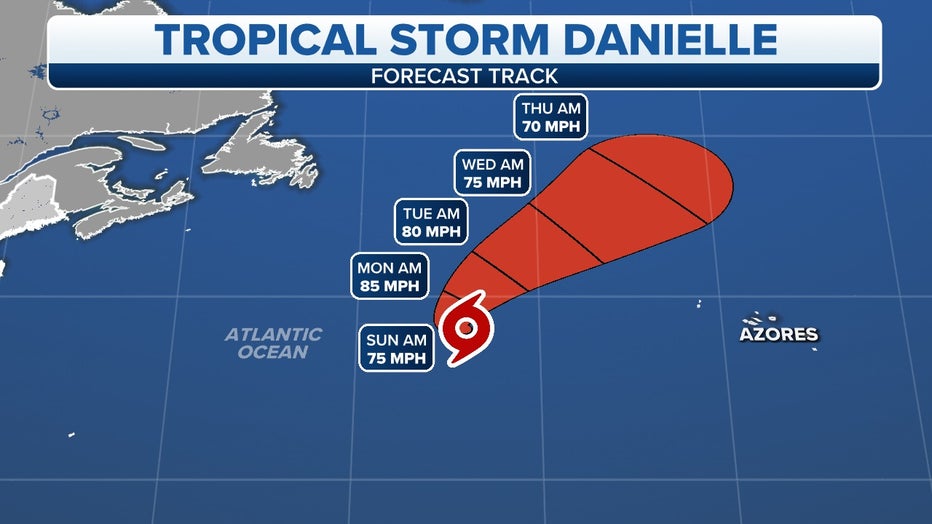 Danielle is just one of two tropical cyclones the FOX Forecast Center is monitoring in the Atlantic basin.

The cyclone has winds of around 40 mph. Tropical Storm Earl is not expected to strengthen much as it generally works off to the west and northwest. 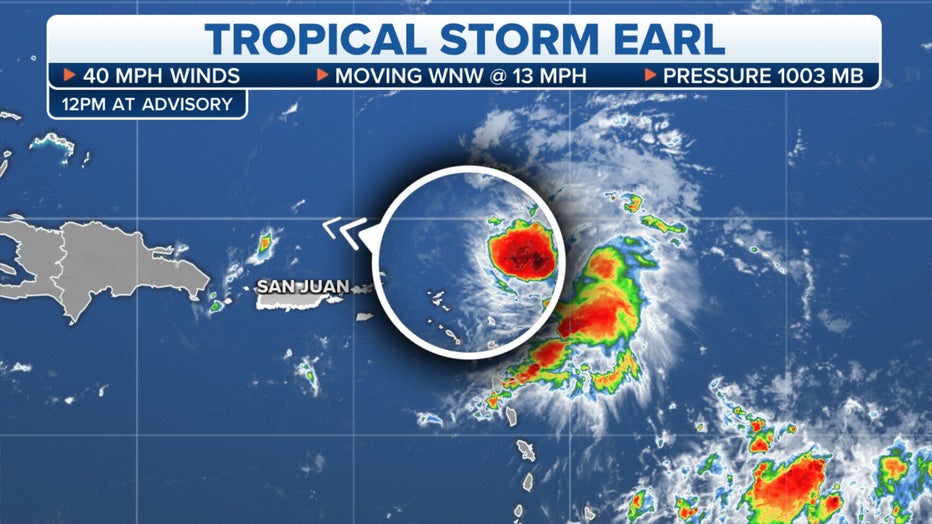 Forecasters say there is even chance the system could degenerate over the next few days because an increase in hostile atmospheric conditions.

The cyclone is expected to stay north of the Caribbean Islands but could increase rains and swells through the weekend.

The system is not expected to be a threat the Southeast and is forecast to safely make a turn away from U.S. next week. 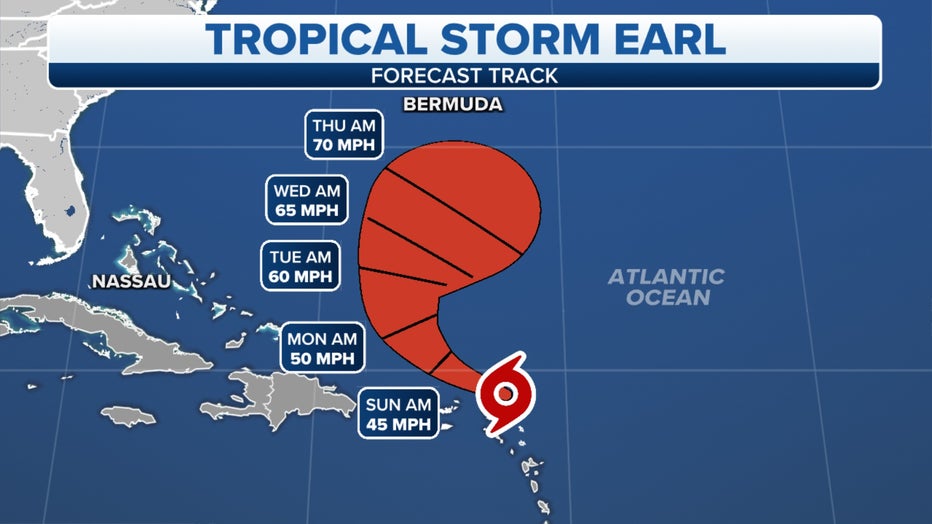 The eastern Pacific Ocean is bustling with tropical activity again after a several week break with Tropical Storm Javier.

Javier was about 185 miles off the coast of the Baja California peninsula Friday evening with sustained winds of 45 mph. 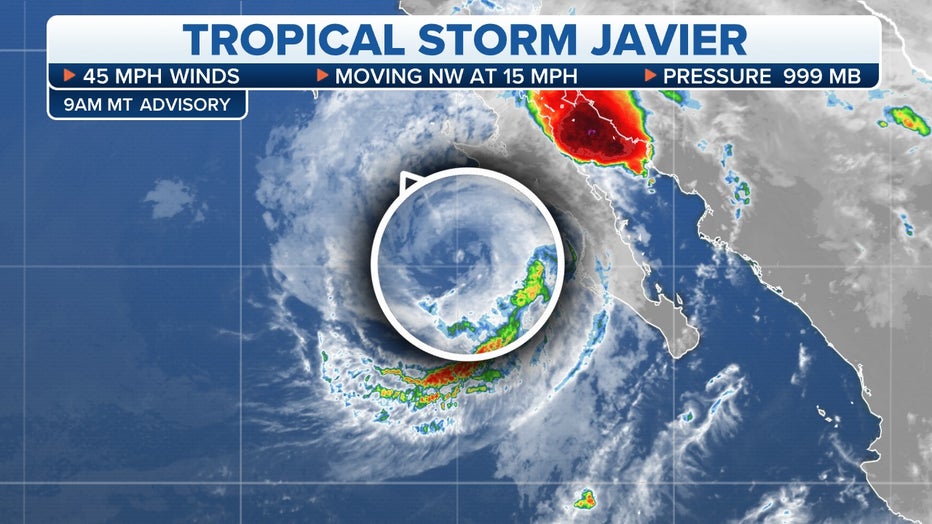 The tropical storm is forecast to strengthen a little but remain a tropical storm as it eventually curves out to the west and out into the open Pacific.

While the storm is not forecast to approach land, dangerous, life-threatening swells and rip currents are possible along the central and southern Baja California peninsula. The area could see 1-2 inches of rain with isolated amounts reaching 4 inches. 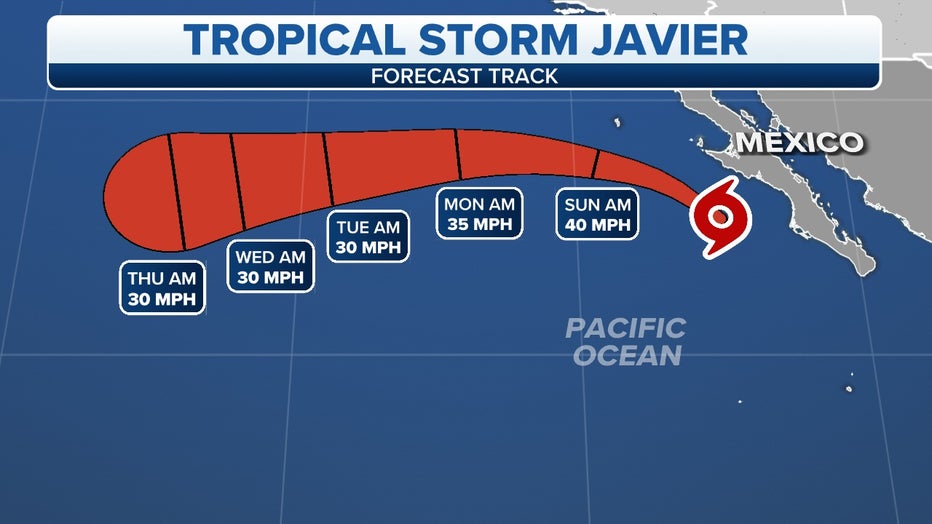