That lack of rain has placed all of central Texas in some form of drought and had seen areas of western Hill Country in extreme drought conditions. Since December more steady rain has happened and conditions have continued to improve. Still, a "severe drought" persists for western parts of Mason and Gillespie counties which are the worst conditions in our neck of the woods. 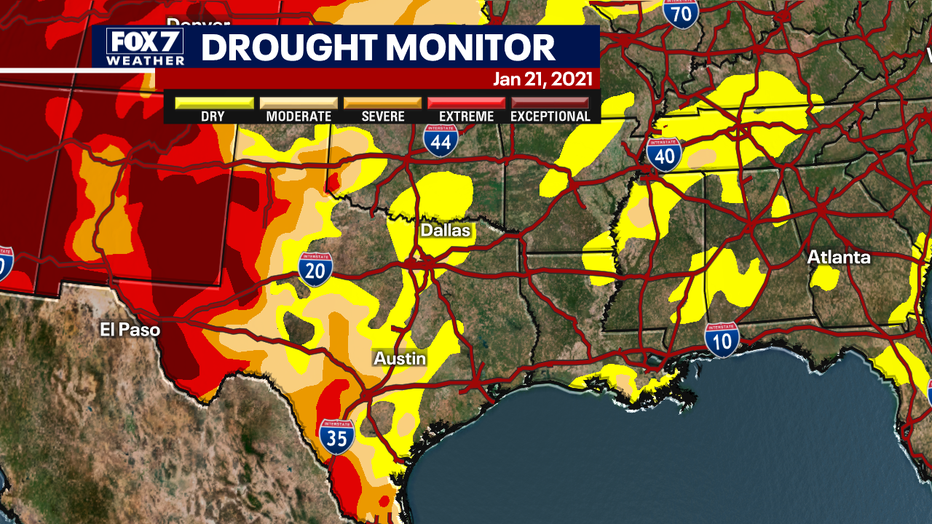 It is connected to a much larger drought that is affecting the intermountain west and desert southwest. Nearly all of New Mexico, Arizona, Utah, Nevada, and Colorado are experiencing "severe drought" conditions. Arizona and Utah have been hit the hardest with 70% or more of their land experiencing "exceptional" or record drought conditions.

This is all due to a couple of things. One is the current La Nina pattern the Pacific Ocean is in right now. The La Nina pattern pushes the jet stream and strongest rainstorms farther north. That makes sure the rain gets dropped on higher mountains in the Pacific Northwest and in Canada while high pressure and sunny skies dominate the desert southwest.

RELATED: Here's what you need to know about El Nino/La Nina in Texas

This year the high-pressure system was been relatively strong and did not allow much rain to fall on much of the desert southwest. Phoenix, AZ only received 1.53" of rain between the months of April and December. Cedar City in southwest Utah got 2.68" of rain in the same time period and Las Vegas saw a streak of 240 days, from April 20 – December 17, with zero rainfall at all! 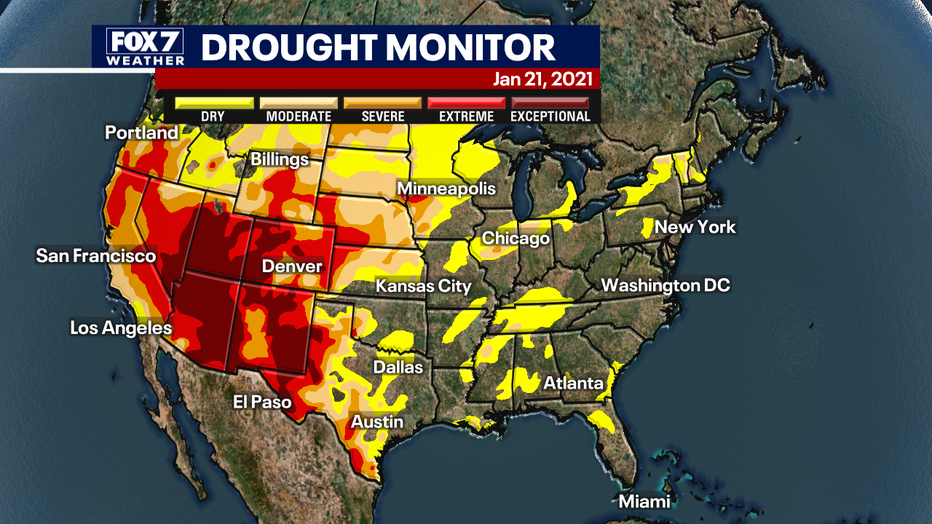 Add to that higher temperatures due to global warming/climate change that works to evaporate more water from the land and drought conditions are born.