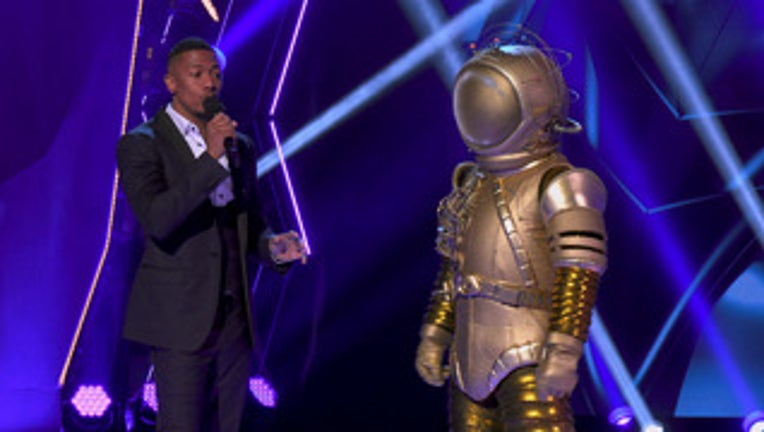 The Astronaut was revealed to be a five-time Grammy award-nominated country music star. (Source: FOX)

LOS ANGELES - And then, there were five.

Despite being a decorated country music star, the Astronaut was eliminated on Wednesday night’s episode of “The Masked Singer.“

When his mask came off, Nicole Scherzinger celebrated as the lone panelist to correctly guess the Astronaut was five-time Grammy-nominated singer Hunter Hayes.

After performing One Direction’s “Wanted,“ Hayes humbly bowed out of the competition. He said he didn’t expect to make it all the way to the Battle of the Sixes and described his experience as “out of this world,” pun intended.

“I just took it one day at a time, one show at a time,” Hayes said in an exit interview. “The only thing you can control is what you bring, what I bring to the stage. What I focused on was giving the best I got. That’s all I could do.”

Hayes said the show gave him a chance to hit a “reset button” and try things he’s been scared of. Before “The Masked Singer,” Hayes said he had never danced or worked on choreography.

And the competition gave him a chance to experiment with his voice.

Scherzinger told Hayes that the Astronaut became her personal favorite on the show.

“Week after week, you wear your heart on your sleeve, you have this beautiful spirit and energy behind you, and I’m so excited for the world to see this new restart for you,” Scherzinger said.

Despite a plethora of clues, which Hayes thought would spoil his identity, many of the guesses left Hayes baffled.

They included direct references to his songs “Dear God” and “Wanted,” as well as a French horn and a king cake, representing Mardi Gras and Hayes’ home state of Louisiana.

“For a minute there, none of the guesses were making sense,” Hayes said. “I was just like, ‘Are they hearing the same thing I’m hearing?’”

Scherzinger eventually guessed Hayes, but at first, she guessed Skylar Astin. Ken Jeong settled on Astin as his guess.

Turtle, Rhino, Kitty, Night Angel and Frog will compete in the quarterfinals next Wednesday on FOX.