In their latest Keeping Score competition, Good Day Austin's Libbi Farrow and Adaleigh Rowe get thrifty at Austin Pets Alive and attempt to put together the ultimate Halloween costume. Good Day Austin reporter Kelly Saberi even gets in on the fun as a guest judge.

Austin Pets Alive operates three locations across Austin: their two-story flagship on Burnet Road in North Austin, one on Oltorf Street in South Austin and their biggest one to date on Clarkson Avenue across from Ridgetop Elementary. All net proceeds from the thrift stores go to funding APA!'s mission of finding loving homes for rescued animals.

In their latest Keeping Score segment, Good Day Austin's Libbi Farrow and Adaleigh Rowe visited one of the rescue organization's thrift shop locations to have a little competition where the pair each had to put together a Halloween costume using only items they found in the store.

Costumes were judged in three categories: creativity, performance and originality, with ten points possible in each. However, since the scores were tied, FOX 7 Austin viewers got to decide. 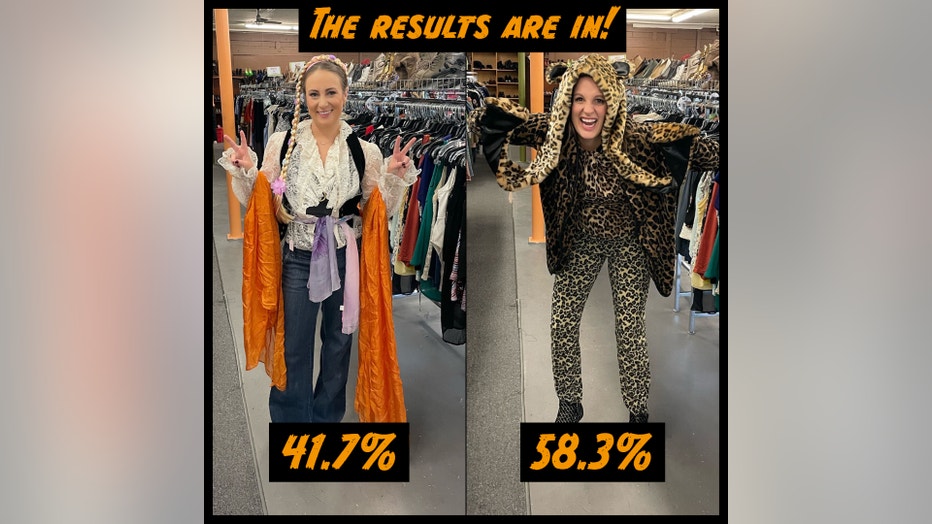