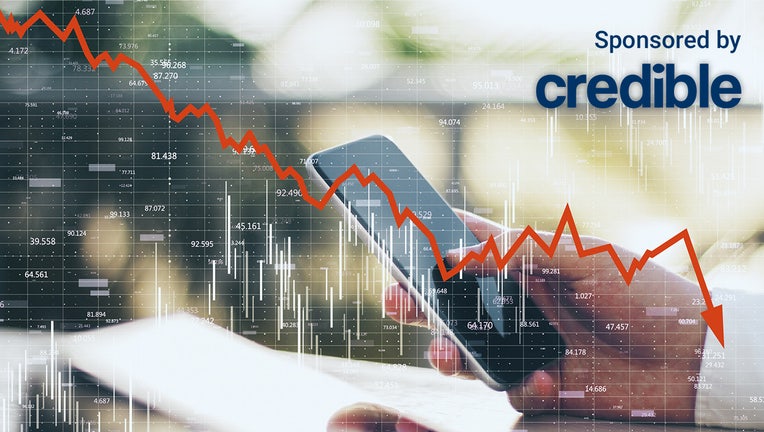 The economy could see modest growth in the second half of 2022, according to a new report from Fannie Mae (iStock)

The economy could see modest growth through the second half of 2022 before dropping into a small recession at the beginning of next year, according to the latest forecast from Fannie Mae.

The mortgage company's Economic and Strategic Research Group (ESR) projected that gross domestic product (GDP) could rise to 1.4% in the third quarter. The group then projected that the year will end at 1.1% annual GDP, reflecting modest growth before dropping to a contraction of 0.6% in the first quarter of 2023.

If you are struggling in today’s economy, you could consider taking out a personal loan to help you pay down your debt at a lower interest rate, saving you money each month. Visit Credible to find your personalized interest rate without affecting your credit score.

GDP CONTRACTION SPARKS RECESSION DEBATE: WHAT CONSUMERS CAN DO NOW

Back-to-back negative GDP readings in the first half of 2022 created some debate about whether or not the U.S. is in a recession. Typically, economists consider a recession to be after two consecutive quarters of negative GDP growth. But the White House said that may not be the case in this instance.

"What is a recession? While some maintain that two consecutive quarters of falling real GDP constitute a recession, that is neither the official definition nor the way economists evaluate the state of the business cycle," the White House economic advisers said in a recent blog post.

The National Bureau of Economic Research defines a recession as "a significant decline in economic activity that is spread across the economy and that lasts more than a few months." The bureau will typically wait as long as a year to declare that a recession has begun.

Economists from Fannie Mae’s ESR Group predicted that a recession will not occur until the beginning of 2023.

"Indicators are painting a mixed picture, most prominently the negative GDP readings in the first half of the year despite strong employment growth over the same period," Fannie Mae said in its forecast. "As the full effects of tighter monetary policy and fading fiscal stimulus work through the economy and suppress consumer spending, we expect a moderate contraction to occur in 2023 along with a weakening of the labor market."

If you're looking to cut back on your expenses, you could consider refinancing your private student loans to reduce your monthly payments. Visit Credible to compare multiple student loan lenders at once and choose the one with the best interest rate for you.

Although there is debate about the current state of the economy, the Federal Reserve is likely to continue raising interest rates to bring down inflation.

At its most recent meeting, the Fed increased interest rates for the fourth time this year by 75 basis points, bringing the target range for the federal funds rate to 2.25% to 2.5%. This comes as inflation remains near its 40-year high, hitting 8.5% annually in July.

Although inflation was slightly lower in July, economists expect the Fed to continue raising rates in the coming months. But it's unclear if it'll be by 50 or 75 basis points.

"These comments are much more hawkish than dovish, once again, and a 50 to 75 basis point increase in the federal funds rate should be expected at the next Fed meeting, while these increases will only begin to slow ‘at some point' in the future," Rusty Vanneman, Orion Advisor Solutions chief investment strategist, said in a statement when the latest Fed minutes were released.

If you want to take advantage of today’s interest rates before they increase, you could consider refinancing your mortgage to lower your monthly payment. To see if this is the right option for you, contact Credible to speak to a home loan expert and get all of your questions answered.