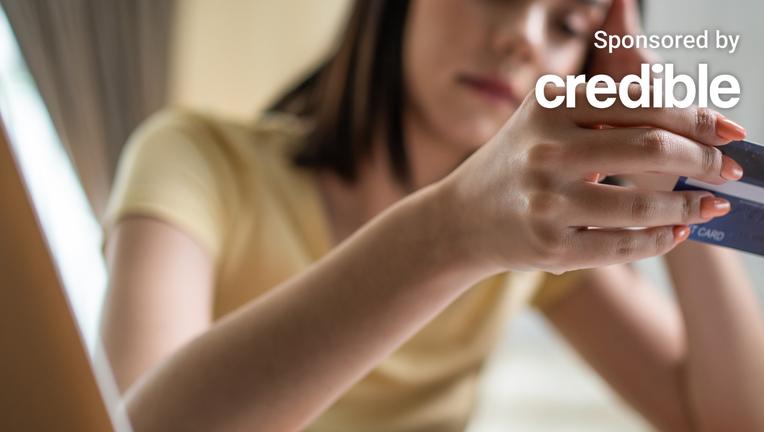 Household debt increased to more than $16 trillion in the second quarter of 2022, according to the latest New York Fed report. (iStock)

As Americans struggle with high inflation and rising interest rates, household debt has continued to grow, according to data from the Federal Reserve Bank of New York.

Total household debt increased by $351 billion to a total of $16.51 trillion in the third quarter of 2022, according to the New York Fed's Household Debt and Credit report.

Some of the sharpest quarterly debt increases were seen across mortgages, auto loans and credit cards.

If you’re burdened by debt, you could consider paying it off with a personal loan at a lower interest rate. You can visit the Credible marketplace to compare personal loan rates from multiple lenders without affecting your credit score.

Credit card balances increased by $38 billion in the third quarter and $121 billion from last year to a total of $930 billion, the NY Fed said.

"The 15% year-over-year increase in credit card balances represents the largest in more than 20 years," the report said.

Meanwhile, credit card interest rates also increased to a record high. The average commercial bank interest rate on all credit card plans reached 16.27% as of August, according to the Federal Reserve Bank of St. Louis — which is the highest level since it began collecting data in 1994.

Conversely, personal loan rates are lower — the average rate on a 24-month loan was 10.16% as of August. The gap between personal loan and credit card interest rates is at a near-record high, the St. Louis Fed said.

This comes as interest rates are expected to continue rising amid the Federal Reserve's efforts to lower inflation. And this monetary policy is likely to impact various types of financial products.

If you’re struggling with high-interest debt, you could consider paying it off with a personal loan at a lower interest rate. You can visit Credible to check out personal loan options or speak with a loan expert who can help you determine if this is the right option for you.

Mortgage balances increased by $282 billion in the second quarter to stand at $11.67 trillion in total at the end of September, the New York Fed report said.

With rising mortgage rates and high inflation, it is growing more expensive to buy a home. The Consumer Price Index (CPI), a measure of inflation, rose 7.7% year-over-year in October, according to the Bureau of Labor Statistics (BLS).

If you’re falling behind on your debt payments, you could consider consolidating them with a personal loan at a lower rate. An online marketplace like Credible can help you compare personal loan rates and lenders and help you find the best option for your needs.

HOMEBUYERS LOOKING TO RELOCATE DUE TO AFFORDABILITY, REDFIN SAYS – HERE’S WHERE THEY MOVED TO